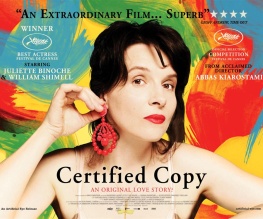 Throughout his 40-year career, Iranian filmmaker Abbas Kiarostami has been rightly acclaimed for producing sensitive and challenging portrayals of life in his home country. Certified Copy, his first dramatic feature film to be made outside Iran, has been well received in France and won star Juliette Binoche the Best Actress gong at this year’s Cannes Film Festival, and has had French critics melting over it like a baked Camembert. Unfortunately, Best For Film disagrees. Certified Copy is impossibly vapid, with a non-existent plot and a bland performance from leading man William Shimell which even Binoche’s customary charm can’t quite cancel out. We were so disappointed.

James Miller (Shimell), notable as the only character in the film to have a name (ooh!), is an English art historian, who is in Tuscany to promote his new book ‘Certified Copy’ – a controversial venture which claims that a reproduction of a work of art is as inherently valuable as the piece itself. Juliette Binoche’s character, who is credited as ‘She’, is an antiques dealer who takes James on a leisurely tour of a nearby village after being incoherently goaded by her son, who believes she has an ulterior motive in meeting the celebrity.
Whilst having coffee in a restaurant James and ‘She’ are mistaken for a married couple, and inexplicably decide to pretend that they’re hitched for the rest of the day. They never explicitly acknowledge their intention to do this, preferring simply to have uncomfortable rows in restaurants and bluff their way into other people’s wedding photos by claiming it’s their atmosphere. Then, just when you think Binoche is about to take her top off, it ends – no dénouement, no explanation, no resolution of any sort. It’s utterly, unashamedly nonsensical.

All style, no substance

It’s very easy to see what Kiarostami wanted to do with this script. The pretend couple are soon embroiled in an intense roleplay which seems to be cathartic for She (although Shimell’s character is only ever miserable and boorish – nice to see anti-English prejudice alive and well on the continent), and we are invited to realise in a flash of OMG that their copy of a relationship is just as emotionally valid as the real one, so there’s parallels with the art book and everything! Wowzer. It’s so desperately tedious – the conversation limps from one contrived pseudo-argument to the next with no idea at all of where it’s going, an irritating conceit which comes to a head when the film ends literally in mid-scene.

That said, it’s not all bad. Kiarostami’s signature cinematography is very much in evidence, with conversations often taking place from the point of view of the speaker, and there are one or two genuinely interesting moments. James explains that the idea for his book came from seeing a woman performing the same odd routine every day in Florence, and we eventually realise that it was none other than She. “I… I wasn’t well then”, she whispers thickly through a faceful of barely contained tears. And just when things were starting to get interesting, the entire subplot is NEVER SPOKEN OF AGAIN. The whole project is a waste of Binoche’s huge talent, and although she gets some chances to show off her versatility – she switches between French, Italian and English throughout like it ain’t no thing – it’s depressingly obvious that the film would actually be easier to watch she wasn’t in it and a lesser actress was forced to make an fool of herself.

There was obviously some sort of idea here, and with a little work perhaps it could have been watchable. As it stands, though, Certified Copy is posturing twaddle with nothing to offer but pretty shots and self-conscious eccentricity – it’s the cinematic equivalent of a Shoreditch hipster whose only topics of conversation are their wardrobe and how they’re taking a drug that isn’t even illegal yet because they’re so far ahead of the curve they can see straight up their own arses. Dreadful. 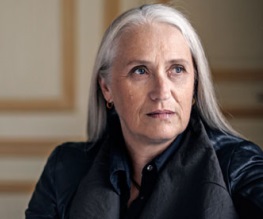