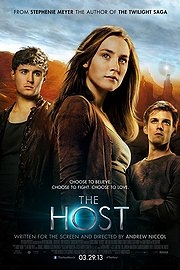 In an unidentifiable future, Earth will be invaded by a parasitic alien race named “Souls”. How do they conquer the world you ask? By physically implanting themselves into the planet’s host species (that’s humans, guys), giving them the ability to control the body and blot out the consciousness. This particular formula proves to be somewhat problematic when Wanderer (Saoirse Ronan) finds the previous occupant of her corporeal form, feisty Melanie Stryder (voice by Saoirse Ronan), has not quite abandoned her post. With the Seeker (Diana Kruger) desperate for the Wanderer to uncover the whereabouts of the few humans left free, on earth (via Melanie’s memories), the Soul is left in a bit of a dilemma; after all, Melanie has attempted suicide once already to ensure the safety of her brother, Jamie, and boyfriend, Jared Howe. This mental stand-off eventually leads to Wanderer going on the run from her own people, living with humans who can’t quite decide whether to love her or kill her and in general coming to terms with this wacky ideal of humanity.

You know who I feel sorry for? Saoirse Ronan. This girl can act, she’s proven it, she was nominated for an Oscar for pete’s sake so it must be true! And yet here, in The Host, she exudes about as much talent as roadkill, wearing an expression permanently stuck on deer-caught-in-headlights mode. Research has uncovered statements pointing to an actual attempt to draw a line between the character of Wanderer and that of Melanie, by focusing on their manner and pattern of speech as well as their body language. Frankly, I just can’t see it. Other than an occasional (and often irritating) southern twang in the voice-over, there is absolutely no way you could tell these two personalities apart if they were standing side-by-side. We’ve seen other actors take on the challenge of conveying a split personality and done it very well. Cast your mind back to the performance of Edward Norton in Fight Club or look at Jonathan Rhy Meyers’ portrayal of three souls in one during Shelter and you’ll know I’m not just right, I’m gospel. Ronan does not even attempt to achieve a similar or even passable finesse, falling back on cardboard responses to everything – including the voice in her head. 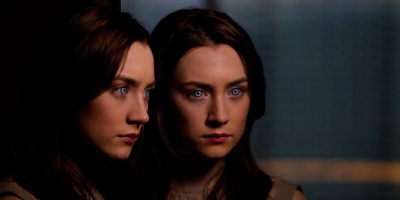 The supporting cast don’t fare any better but, as easy as it would be to blame them, the fault lays completely at the feet of the script. It is a listless, cliched, boring piece of drivel that gives nothing that even the most enthusiastic and talented actor can work with. Characters contradict themselves from one scene to the next, relationships develop within milliseconds of meeting one another and alliances change with nary a bat of the alien-enhanced eye. Brace yourselves for the whiplash and a constant stream of “What the…?!” moments. No time is spent on any of them to gather any depth which means their behavior has no a root in reality and thus everything they do is just simply vapid, reactionary responses. 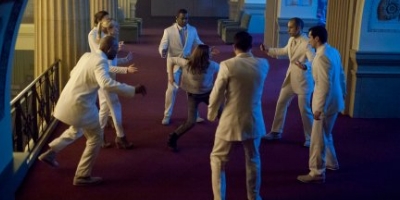 Plot holes are a dime a dozen in The Host. The souls are these glow-in-the-dark sea cucumber creatures that fit into the palm of your hand and require a physical cut to be made to the back of your neck before their insertion can take place. So how did the first one achieved its body-snatching agenda? And, if their only goal is to make the currently occupied world perfect, what exactly is their reason for leaving their previously conquered home? In another brilliant act of contradiction, Stephanie Meyer has created an alien race that is all about the elimination of a native race, while concurrently professing that all the want to do is make the world better. They do not lie, trust each other implicitly and, rather than ravage the land, look only to improve upon the already existing framework till perfection is achieved. They are benevolent beings that only seek peace.

So what the hell are they invading us for?! 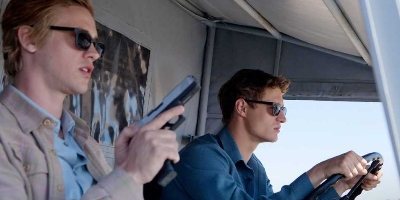 It’s sad really because there is an inkling of an idea here that could have been really awesome had it been properly explored instead of buried behind a truly pathetic and uninspiring love story. Don’t get me wrong The Host will do quite well at the box office. Not because it’s a particularly fabulous piece of cinema but because a deranged set of Twi-hard fans will insist (on the penalty of death) upon it being the best thing since Citizen Kane. They are wrong and, if you haven’t realised it yet, you are stupid to believe them.

Previous: Orange(Wednesday)s and Lemons #108
Next: The Hunger Games: Catching Fire trailer at the MTV Movie Awards