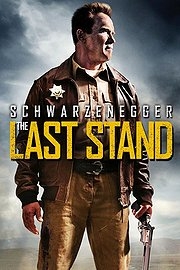 Let’s not beat about the bush: Arnold Schwarzenegger is old. He’s been old for a while. He was old when he advertised Californian tourism on as L.A.’s once-beloved Governator, and he was old when his acting career last wound down. Playing an outdated model was his contribution to Terminator 2, and that was back in 1991. Calling this new chapter in his acting career a twilight would ring false, so advanced are his years. Talk about a change of pace. As the premier action man of the 1980s, he defied age. Characters like Commando’s John Matrix or Conan the Barbarian lived on mountains, away from civilisation. Equalling their God-like environs was the Schwarzenegger physique, well documented in fitness classic Pumping Iron, which showcased a body and charisma destined for show-business. Flogging dead horses isn’t a particularly noble pursuit, but it has to be said: Arnold Schwarzenegger is old. Disarmingly mortal. Frail, even. The Last Stand has the decency to play on this very fact – much like John Wayne’s extreme cragginess poured into late career boosts like True Grit – but it doesn’t sit quite right. Borrowing the evergreen remains of Rio Bravo (another Wayne classic), The Last Stand struggles to find room for Arnold as Ray Owens, the laconic sheriff of Sommerton Junction’s sleepy border town, where the action eventually detonates.

Before it does, The Last Stand goes through some extremely well-worn motions. You’d think the plot machinations of Rio Bravo would be hard to fumble by now, but it’s a quiet miracle so much is executed so badly. Really, the only thing more seasoned than Schwarzenegger here is the plot, which places him at the end-point of a daring escape attempt by notorious South American drug lord Gabriel Cortez (Eduardo Noriega). Making a break for the border just beyond Owens’ jurisdiction, the aforementioned cartel head must outrun an FBI task force headed by a persuasively inept Forest Whitaker, and burst through Arnold and his deputies’ (the always game Guzman and Knoxville) meagre barrier. Playing a crusty sheriff who just wants to enjoy his day off, Schwarzenegger is actually one of the more positive aspects of The Last Stand’s remedial equation. The accent remains, as does the questionable acting skill, but also present is the star power, keeping things remarkably afloat for much of the running time.

Guzman and Knoxville remain sparingly used comic forces, and the potential screen time sacrificed in favour of Whitaker’s huffing agent and Noriega’s oily car fetishist leaves The Last Stand rather unbalanced. Instead of trying to replicate Bourne-esque satellite tracking at FBI HQ, or The Fast & Furious‘s car-porn inside the heavily featured Corvette C6 ZR1, director Kim Ji-Woon might have put more faith in The Last Stand‘s evergreen template and watched Rio Bravo (or Assault on Precinct 13 for that matter) a few more times. 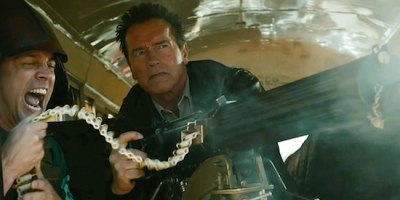 So much time spent in the company of lesser characters and away from the hub of Sommerton Junction only serves to fragment and dilute what might have been a fraught waiting game for Schwarzenegger and his deputies. After all, let’s not forget whose party this is. Granted, too much dialogue-heavy banter might have been asking too much from Schwarzenegger, who at times seems almost unable to speak. But it also seems beside the point. There’s still a lot of residual charm clinging to Arnie’s sagging biceps, and The Last Stand does little to exploit it beyond a few factory-made quips regarding his advanced years. Ji-Woon is right to let the guns do the talking when A finally meets B, but until then little attention is paid to granting Sommerton or its inhabitants any character beyond a potential shooting range, which it duly becomes.

It would be overly generous to claim that there’s a good film inside The Last Stand struggling to get out, but what emerges doesn’t do the appealing trio of Schwarzenegger, Guzmán and Knoxville – or its source – much justice. Really, it’s bare bones that have been picked clean rather than fleshed out, and the flitting between Schwarzenegger’s old-school methods and more recent action tropes reflects distracting indecision on Ji-Woon’s part more than any thematic meat introduced for Schwarzenegger’s musty benefit. 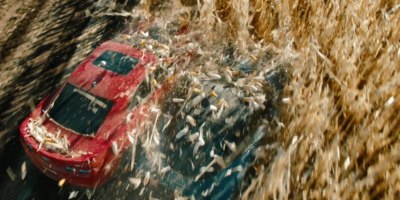 There are moments where the two sides collide gloriously, such as a familiarly tense scene in which cop hunts criminal through a dense cornfield. The twist here is that both Schwarzenegger and Noriega are behind the wheels of seriously flash cars, and the sight of the two creeping after each other in such a manner is bizarrely hilarious. Elsewhere, the final shootout is forgivably explosive, showcasing an impressive variety of weaponry. Peter Stormare‘s black-clad henchman oafishly sums things up when he barks, “this is getting boring, bring out the big gun!”. It encapsulates the kind of lunk-headed forward momentum responsible for the thunderous body-count in many of Schwarzenegger’s classics, but The Last Stand falls short of action standards old and new.

The Last Stand concedes early that you can’t teach old dogs new tricks, and the decision to play off Schwarzenegger’s age rather than try to reboot him is a good one. However, judging by Ji-Woon’s inability to find a locus for the action between Whitaker, Noriega and Schwarzenegger – ignoring the pedigree of both The Last Stand‘s genesis and its star – it appears even harder to teach a new dog old tricks.

Previous: David Fincher in talks to direct Gone Girl
Next: The Wee Man