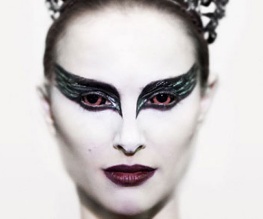 According to interviews, Natalie Portman began training for her lead performance in Black Swan a year before filming began. And it shows. Playing ambitious ballet dancer Nina; a girl who is not so much determined as obsessed with rising through the ranks of her New York dance company, Portman is undeniably astonishing. From the moment she and her collection of muscles appear on-screen, we can see that every sinew has been pushed to its utmost limit in preparation for this role. And by the end, it’s clear that it’s not only physically that she has been stretched.

When her company announces auditions for Swan Lake, the fragile but single-minded Nina is feverish with hope; she knows she can play the part of the innocent White Swan, but worries that the other side of the role – the seductive and dangerous Black Swan – may be too distanced from her clinical dedication to perfection. After a frustrating audition, made all the worse by the easy, carefree attitude of new dancer Lily (Mila Kunis), Nina begins to spiral into despair. Thomas, the predatory director of the company (a wonderfully horrible Vincent Cassel) has his own methods for forcing out the sexual side of Nina and as pressure builds for her to unleash her inner desires Nina’s perfect steps begin to falter; she starts to lose herself in a world of hallucinations, surrounded by mirrored doppel-gangers and dangerous, dark temptation. As her delusions become more and more disturbing, we struggle to see chinks of truth shine beneath Nina’s black, fractured and increasingly paranoid point of view. As the action begins to gallop towards opening night she finds herself drowning in a sea of sexual desire, mistrust of everyone around her and, above everything, overwhelming, towering ambition. For, as they say, the show must go on. No matter what happens, Nina knows she cannot, must not let this opportunity slip away. Black Swan is a masterclass in tension. Both achingly beautiful and suddenly, shockingly horrifying to watch, it’s a film that is impossible to look away from – even when everything inside you is telling you to cover your eyes. Aronofsky plays with the construction of reality wonderfully, so that by the glorious climax we, like Nina, have been reduced to a state of immense paranoia and mistrust. Unsure of what to believe, unwilling to trust our eyes or the characters guiding us we are simply ordered to immerse ourselves in the sumptuous finale – a perfectly weaved crescendo that leaves us utterly spent. It’s undeniable that Black Swan is a gorgeous film; a beautifully dark homage to Swan Lake driven by an impeccable central performance by Natalie Portman. However, having been so utterly inspired by Aronofsky’s earlier work, I couldn’t help a nagging feeling that though every idea in Black Swan was polished to perfection, none of the concepts had the same punch of originality of films like Pi or Requiem For A Dream . Visually, of course, it is unknockable. But when you pare it right down – a dancer pushed to the limits, a slimy (French) male authority, smashed and untrustworthy mirrors, Mila Kunis being all sexy-like – these are ideas that have been explored countless times.Of course, to a point all stories are old stories, but when remembering the blackly surreal world of the imagined game-show in Requiem, or the bizarre insight gained by following the consciousness of a number theorist in Pi, it just struck me that if anyone can realise the heart wrenching emotion of the gloriously, mind-expandingly unique, it is Darren Aronofsky. And, for all its beauty, Black Swan is not unique.

It is, in many ways, flawless – more so than his previous work. But for me, in its shining perfection, Black Swan somehow loses something of the bubbling, bizarre creativity that set Aronofsky apart from other directors – something that would have made him stay away from dressing “the pure girl” in white and “the bad girl” in black. Still, there’s no denying that in so very many other ways Black Swan is still a must-see. Just try not to expect the unexpected.

Previous: Kiwis turn out to support Hobbit
Next: Across The Street, Around The World Festival: Best of the West