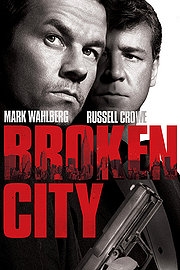 Mark Wahlberg plays Billy Taggart, an NYPD detective who we meet during the preliminary hearing of his murder trial. The victim: Mikey Tavarez, the rapist and murderer of a sixteen-year-old girl who walked on a technicality. Taggart’s defense hinges on the belief that the shooting was an unfortunate by-product of the dead guy resisting arrest, one that we know is going to turn out to be just a little hinky. Though the case is thrown out, the public outcry that has followed it leads Mayor Nicholas Hostetler (played by a man claiming to be Russell Crowe) and Captain Carl Fairbanks (Jeffrey Wright who you might remember as Felix from Casino Royale) to kick Taggart from the force.

Fast forward seven years. Taggart now occupies himself as a private investigator, doing the sneak-and-creep to catch out crumby adulterers. On the verge of tipping into bankruptcy, Taggart is summoned by Mayor Hostetler who promises him $50,000 if only he will find out who his wife is doing the nasty with. The scandal only deepens when Cathleen (played by a rather dull Catherine Zeta-Jones) is seen in illicit meetings with Paul Andrews (Kyle Chandler), campaign manager of Jack Valliant (Barry Pepper) who just happens to be Hostetler’s rival in the up-coming mayoral elections. Despite being warned that not all is as it seems and having a momentary misgiving in being involved, Taggart relinquishes his slim photographic proof as job well done. Predictably, the situation spirals out of hand leading Taggart to turn into the proverbial dog-with-a-bone in his search to discover the truth behind events. Corruption is revealed, double-dealings come to light and the daftest conspiracy is manufactured. 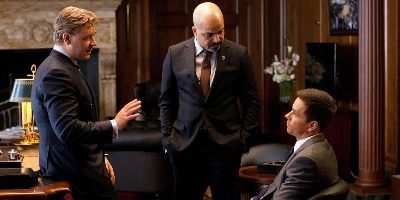 If you catch yourself checking your watch more than 5 times during the course of a story, CONGRATULATIONS! You are in the presence of an utter dud! You might think I’m hedging my bets a tad early but I really cannot imagine being more bored than I was while watching Broken City. Every supposed “plot twist” felt like a bad cliche waiting to happen and the caricature performances bordered on insulting. Can’t say much more can be expected from bark-faced Mark Wahlberg but Oscar-winner Russell Crowe?! Really?! The man who has previously brought characters such as Ed Hoffman (Body of Lies), John Nash (A Beautiful Mind) and most famously Maximus (Gladiator) to vibrant and vivid life, could not see ANY other way of playing a dirty politician than with a generic smarmy, slimy, ego-maniacal, money-grubbing skit? Let’s face it, Nicholas Hostetler is a character you’ve met before, the ugly example of a human being made up of only greed and selfishness that you hate even before you’ve taken your seat. So what work does Crowe claim to be doing here? What reason would he have to take this role if he had absolutely no intention of bringing something new to it? There is no style to his performance, it conveys no vicious malice or palpable danger which leaves the character as a man who’s all bark with no real bite, a man who “just knows people who kill people”. 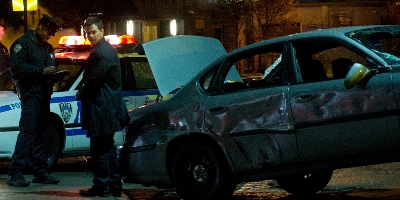 Hollywood’s preoccupation with Mark Wahlberg is taking on a surreal feel. He was barely worth remembering as a rapper (“Good Vibrations” is the only song I know and even in that he just sounds like a badly edited porno movie) and as an actor he’s done nothing but tire out the always-angry, tough-guy routine. Contraband, The Lovely Bones, Max Payne, Shooter, Four Brothers, The Italian Job: anyone noticing a pattern here? It’s the same thing, over and over and over again, so expect nothing different in his role as Billy Taggert. As for Catherine Zeta-Jones, if her recent trend of portraying the cold wife is anything to go by, her acting aspirations have well and truly stalled-out at the superficial bit role. But then again if she doesn’t make the sacrifice, who will? 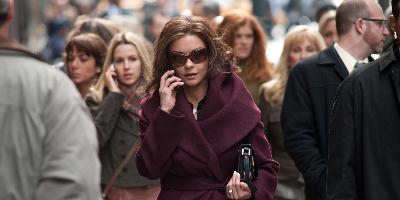 Let’s be clear: this is an unashamed and unabashed rip-off of Chinatown. A tedious and uninspired version of it, with a script that doesn’t understand the concept of mystery and performances that amateurs would be ashamed of. The only emotion you will encounter in regards to Broken City is anger, for wasting an hour and half of your life and flushing your hard-earned money down the drain.