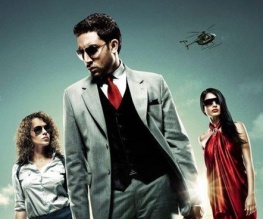 Unlike a film-maker with a decent sized budget to play with, the news that a movie is going to globe-trot from one exotic location to another is enough to make my heart sink. James Bond has been doing it for years (although these days it might be more interesting if he stayed confined to the one location- London, for instance, just to freshen up the formula). Jason Borne racked up the air-miles recently to grand effect and, crucially, without the sense that it was an effort to distract the audience from a sub-standard script peppered with unintentionally hilarious one liners. If only that were the case here.

When four strangers recieve an invitation to join reclusive billionaire Kabir Malhotra (Anupam Kher) on his private island in Greece, they accept; presumably because they’ve never read an Agatha Christie novel before. Casino owner Neil Menon (Bachchan), politician OP Ramsay (Boman Irani), actor Vikram Kapoor (Jimmy Shergill) and journalist Tisha Khanna (Shahana Goswami) all arrive from different corners of the world only to discover inside of a minute that Malhotra has a hidden agenda. How they didn’t see that coming is anyone’s guess, but after this initial revelation, the mystery continues to deepen. And by deepen I mean become convoluted to the point you’ll wish they spent the cost of travelling to Instanbul and Bangkok on a comprehensive re-booting of the script. ‘I can’t take this nonsense anymore,’ says someone or other at one point. I know exactly how they feel.

An established rule of screenwriting is that you can start with a coincidence but you can’t end on one. Unfortunately, this plot turns on pure chance throughout, and before long many of the players are behaving in a manner that, whilst furthering the action, is totally at odds with their original characteristics. On the whole, though, originality doesn’t seem to have been at the forefront of anyone’s mind. The need to produce something recognisible (ie: an exciting, high-concept mystery thriller) has instead led to a deficit of creativity and a film that, ultimately, is comprised of ideas lifted wholesale from elsewhere. Of course, in many ways stories are re-told over and over again (just look at Hollywood’s output), but the hope is that they are given a fresh spin, offering us new insights into even the most tried and tested material. Sadly, that’s not the case with Game. The one-dimensional characters certainly look good in their designer suits and shades, but being reduced to complementing the wardrobe department pretty much says it all. The locations are sunny and superfluous, the plot is all over the place, which might not matter if it ever got going. The action scenes are reminicent of other, better action scenes and the whole production has an air of wanting to push your buttons so badly its willing to jettison any semblence of logic in order to do so. Even if you like your thrillers trashy and undemanding, there’s still really nothing to recommend here. Should you require them to be taut and intelligent, then avoid this at all costs.

Previous: Jim’s Thought for the Day: his own writing
Next: Serkis to help direct The Hobbit 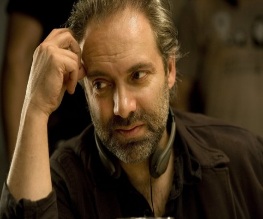