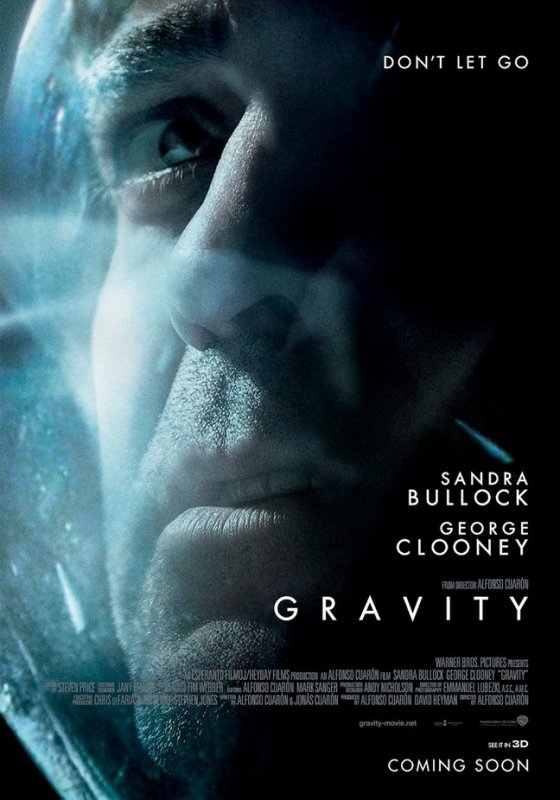 This review was first published on Steven’s website Popcornaddiction.com – if you liked it, give him some hits!

While servicing the Hubble Space Telescope in orbit around Earth, astronaut Matt Kowalski (George Clooney) and Mission Specialist Dr. Ryan Stone (Sandra Bullock) are alerted by Houston to approaching debris from a damaged Russian satellite. Although initially told not to worry, a chain reaction involving other satellites results in an altered trajectory that sends bullet-like shrapnel hurtling their way. With nowhere to go, Kowalski and Stone are flung from their shuttle into space while a third team member is killed on impact; Kowalski is able to stabilise himself using a thruster pack he was wearing during the original mission, but Stone is helpless to stop or stall her outward motion as she tumbles deeper and deeper into space.

In production almost since the completion of Children of Men, Alfonso Cuarón’s Gravity has gone through a number of iterations during its prolonged period of production, before finally entering Planet Hollywood’s atmosphere this year. Passed from Universal Pictures to Warner Bros. — and from Angeline Jolie to Robert Downey Jr and Natalie Portman, before George Clooney and Sandra Bullock were finally cast in the lead roles — the film has been on everyone’s radar for a while. Unperturbed by the sort of hype that sank Prometheus and disappointed Indiana Jones fans, Gravity doesn’t so much burn up on impact as deliver The Greatest Show Over Earth.

Cutting all sound as the titles abruptly give way to space, Cuarón creates an oppressive atmosphere and vast unease with startling immediacy. It’s difficult to think of a film that has recreated the spatial environment with quite as much attention to detail: the absence of sound, resistance and, yes, gravity is almost surprising, the novelty proving as graceful and captivating as it does weird and disorientating. Cuarón uses 3D to enhance the sense that the characters are floating in nothingness, the neutrality of the environment they inhabit adding to both the wonderment and tension. The moment the debris hits is beautiful, exciting and utterly terrifying.

Given that theirs are the only (living) characters within a 559 mile radius, the spotlight is very much on Clooney and Bullock. Both are seasoned leads, but even they aren’t accustomed to having quite so much work to do. Nevertheless, Clooney seems as effortless in his performance as ever, the vaccuum of space — or rather the wires and green screen — doing little to perturb an actor more at home in a suit and tie. This is ultimately Bullock’s movie, however, and she gives the performance of her career as the substantially less confident Dr. Stone, on her first time off-planet. Bullock is vulnerable and strong and scared, and during one of her attempts to escape an exploding satellite she gets an Anne Hathaway moment of her own, belting out emotions the way the Les Misérables Oscar winner did show tunes. She is quite simply extraordinary.

In many ways, Gravity is the perfect companion piece to February’s Cloud Atlas. Whereas that film told six separate stories using an array of actors, cut between countries, characters and time-periods at an astonishing rate, and pushed the boundaries of make-up and special effects almost to breaking point, Gravity is stripped back, bare, but equally effective. If the Wachowskis told every story on Earth, Cuarón covers the only one left. Gravity is a masterclass in simplicity, with just two actors and a story that — aside from a brief backstory on Stone’s part — is self-contained and complete at just 90 minutes. Yet you still leave having had the sort of experience that verges on transcendent: it’s tense and beautiful and intimate, but it’s also indescribable, mythic and almost spiritual.

If you see one film at the cinema this year I’d make it this one; Cloud Atlas may still be the more ambitious work, but Gravity — particularly in IMAX 3D — is the most cinematic. With Avatar and Aliens director James Cameron calling it the best space film ever made, and a number of other filmmakers similarly vouching their respect for it, this is not a film you want to catch on DVD.

Previous: Cutie and the Boxer
Next: BFI: Gothic 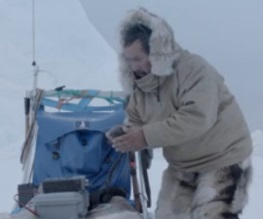