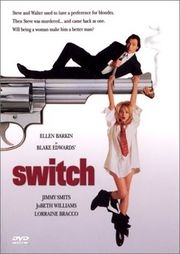 This action thriller from Frédéric Schoendoerffer – attributed, rather oddly, to the “comedy crime” genre on IMDB – veers so wildly from extremes of downplayed naturalism to absurd melodrama that it’s difficult to understand what the intention was behind it. Eric Cantona is likeable in his own wooden, bleary-eyed way but the real saving grace of this oddball film is its star Karine Vanasse, who – amidst all the bizarre sensational stuff – still manages to make you root for her character, Sophie.

Switch opens with Montreal resident Sophie going off for lunch with a chance acquaintance she meets at a job interview. During their meal, Sophie admits she hasn’t got much going for her and the woman suggests that Sophie try out the house-swapping website “switch.com”. Twenty four hours later Sophie is on her way to Paris, having swapped house keys with some Parisienne bird by the name of Bénédicte. So far, so good, right? Paris! Bicycling along the Seine! Sexy Iranian guys on park benches! Plus this flat is, like, right next to the Eiffel Tower. This was an excellent choice, Sophie. Only it totally and completely was the worst possible choice ever.

Next morning Sophie wakes to find the French police, led by Detective Forgeat (Cantona, FINALLY), hammering down the door. Forgeat promptly arrests her (back of the net, Forgeat), claiming that not only is she Bénédicte, but that she has murdered and decapitated some guy. UH OH, SOPHSTER. LOOKS LIKE THAT WHOLE SWITCH.COM BUSINESS WAS A BAD IDEA. Sophie is taken into custody and the evidence slowly stacks against her. Eventually, Sophie decides to go it alone and escapes from Forgeat’s clutches, going on the run in an attempt to prove her true identity. Forgeat is hot on her heels, desperate to find her for the sake of his floundering career, but along the way begins to suspect that she has been framed. So it’s basically The Fugitive. The Fugitive meets The Bourne Identity meets The Holiday, with a healthy dose of that one chase sequence from Point Break (even down to Cop pointing gun at Escaping Criminal only to find GODDAMNIT he can’t bring himself to fire). Then there’s the BIZARRE inclusion of Sophie’s antagonist, the real Bénédicte, who goes around dressed like Lisbeth Salander cutting people’s throats like it ain’t nothing but a thang. And the mix makes for something rather strange, staggering from moments of cohesive thought to rambling, overblown nuttiness, somewhat like a very large and very lonely drunk man.

That’s not to say there aren’t some genuinely some good sequences in this film. Remember the Point Break bit? That was good! Because at it’s best, Switch is a punchy, visceral exploration of a normal person thrust into a an entirely abnormal situation, and examines – occasionally in convincingly authentic detail – how one would react. And there really is something refreshing about witnessing a young female protagonist – played with an admirable level of commitment by Vanasse – behave in an intelligent, brave manner instead of just flapping around, crying and screaming for help from the menfolk. Sadly, despite Vanasse’s gutsy, energetic performance, Switch is ultimately built upon a concept that doesn’t quite hang together. Punctured with plotholes and entirely too dependent on the fact that it is August, meaning all the important officials who could help prove Sophie’s identity are away on holiday (that is a genuine thing that happens in this film), Schoendoerffer’s film buckles under the weight of its own absurdity and, in the last twenty or so minutes, goes into a tailspin. Ludicrous plot twists abound, legs get smashed in and Eric Cantona stumbles around aimlessly as though searching for a lost football. It’s a shame for Vanasse, but who knows, following such a performance she could probably be the next Bourne. Or at the very least, the French Bourne.

Previous: The Island President
Next: TGIM! The Festival Of Dangerous Ideas 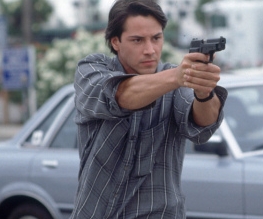 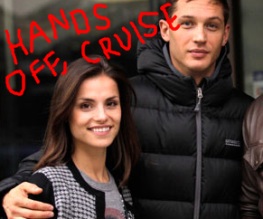