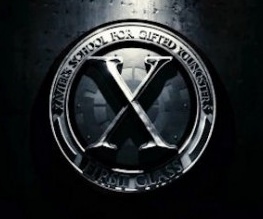 I must admit to taking my seat in the auditorium with a small degree of trepidation, fearing a film which jeopardised established canon in the blind pursuit of narrative freedom; the excellence of the first two instalments being somehow undermined by a nifty new beginning where Charles Xavier says “groovy” and the sun inexplicably rotates the Earth. I needn’t have worried, however, with X-Men: First Class proving far less revisionist than director Matthew Vaughn might have had you believe. While he may take a few liberties with the extant franchise, they are undoubtedly for the good of the story.

Desperate to avenge his mother by killing the man responsible for her death, Erik Lehnsherr (Michael Fassbender) travels the globe dispatching the Nazis who once served under Sebastian Shaw (Kevin Bacon) in the concentration camps of his youth. In England, meanwhile, Oxford graduate Charles Xavier (James McAvoy) is recruited by the CIA to help avert nuclear war. Travelling to America with U.S. operative Moira MacTaggert (Rose Byrne) and his childhood friend Raven (Jennifer Lawrence), Xavier soon encounters both Lehnsherr and Shaw while on duty with the CIA.

Saving Eric from dying for his cause, Charles strikes up a friendship with the manipulator of metal, together founding a mutant force called the X-Men to aid their cause. Where Charles teaches his new charges tolerance and humility, however, Eric believes that they shouldn’t have to hide themselves from humanity. With the battle lines drawn and a fearful human enemy forming behind closed doors, Xavier and Lehnsherr’s burgeoning friendship is ultimately tested as their allegiances clash. When political events result in a stand-off between the U.S. and Russian naval fleets, this small group of mutant heroes must put their differences aside if they are to defeat Shaw and avert war. Having successfully deconstructed the superhero genre with Kick-Ass, it is interesting to see how Vaughn handles bona fide superpowers. Reconstructing the opening sequence from Bryan Singer’s first movie, Vaughn and screenwriter extraordinaire Jane Goldman have endeavoured to tell an X-Men origins story of their own, albeit one that beautifully marries the 1960s setting with an array of new and returning mutants who embue the story with a freshness not felt since the original film. James McAvoy and Michael Fassbender make the characters their own – no mean feat considering the talent which preceded (or is it superseded?) them – although Lehnsherr may suffer a somewhat severe case of accent ambiguity and Xavier’s preoccupation with his hair does wear a little thin (ahem). Meanwhile, Kevin Bacon’s Sebastian Shaw, January Jones’ Emma Frost and Rose Byrne’s Moira MacTaggert prove delightful additions to the franchise.

Elsewhere, however, the newcomers are a little less impressive. First Class feels overcrowded, with many mutants given little to do but stand in the background and fill out the two organisations – I, for one, don’t remember hearing Álex González’s Riptide speak once. With the most recognisable mutants still in nappies at this point, the buck falls to an array of doppelgängers and uninspired B-mutants to take their place. While Banshee, Havoc and Darwin have their moments, Azazel never escapes Nightcrawler’s shadow and the wasp-like Angel treads stupidity as she vomits venom. First Class is nevertheless a return to form, with the renewed focus on character and a welcome prioritisation of substance over style (poor special effects can be forgiven, an over-reliance on empty set pieces cannot) acting as a reminder of how figuratively rich the X-series can be. In tying Nazi occupation and the Cuban missile crisis to a high-octane superhero tale of world domination, Goldman has once again delivered a fulfilling script replete with well observed inter-character dialogue. That said, although First Class has commendable aspirations, the heavy-handed references to Frankenstein and Dr. Jekyll and Mr. Hyde serve only to illustrate how derivative the medium can be. The series’ core messages of self-actualisation and acceptance – while timeless – are beginning to sound repetitive.

All in all, X-Men: First Class heralds an exciting new dawn for a franchise steeped in qualitative discrepancy. While some of the plot points might creak as the writers attempt to retrofit the narrative to the original trilogy, there is enough wit, innovation and genuine exhilaration to justify a comprehensive reboot. That this is largely down to Fassbender and McAvoy is a reflection not only of the filmmakers’ combined talents, but the quality of the source material from which they draw. Class is in session, and your presence is recommended.

Previous: Diary of a Wimpy Kid: Rodrick Rules
Next: Orange(Wednesday)s and Lemons #22