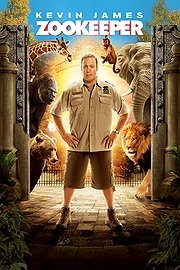 ‘Oh God, not again!’ are the words being screamed by every parent currently being hounded by their pre-teen to go and see Zookeeper. Well it’s your own fault for not changing the channel as soon as the advert came on. Everyone knows by now that around this time of year at least one duff family film will be released under the illusion that it can compete with the greats. Well here it is!

Griffin Keyes (James) is a zookeeper who elaborately proposes to the love of his life, Stephanie (Bibb), only to have her flat out reject him because of his job. Five years later at his brother’s engagement party, Griffin freaks out when he discovers that Stephanie was invited. Griffin’s brother offers him a job at his car dealership; assuring him it’s the only way to win Stephanie back, after all, she’s never thought much of Griffin’s beloved zoo, best friend Kate (Dawson), or the animals he cares so deeply for. Upon hearing Griffin’s new plan of action, it falls to the animals of the zoo (yep) to break their code of silence, get Griffin to see sense and help him find the path to his true love’s heart. Now in a post-Toy Story world family films have really had to up their game – they have to have a powerful message accompanied by a strong story that entertains not only the children, but the adults being forced to supervise them. So what was going through the writers’ heads when they came up with this? The story is weak, predictable, full of cliches, jam-packed with jokes that are basic and slapstick, and it has nowhere near the amount of detail and depth that is expected of a 102 minute feature length film.

But there is a light at the end of the tunnel. Although this film has many flaws, a massive commendation must be given to whoever trained these animals. They are simply sublime – somehow managing to seem right on cue throughout, with a level of acting higher than that of some HUMAN actors. Sadly though, these fantastic four legged stars are let down by their human counterpart voices. They simply just do not fit, and it’s not even like the talent is bad – Cher, Sylvester Stallone (who in all honesty sounds just like Jeff Bridges), Adam Sandler, Jon Favreau, Nick Nolte, Judd Apatow and Faizon Love (ok, the talent is hardly stellar but it isn’t BAD) are the voices of our enclosure-dwelling heroes, but they simply cannot match the charisma of their furry counterparts. Now, for my money, Kevin James is pure comedic brilliance. You only have to watch his nine year long stint as Doug Heffernan in the hit comedy The King of Queens to know that. Unfortunately, along with Grown Ups and Paul Blart: Mall Cop, it has to be said that this is a big career no-no for James. His talent is completely wasted on this film as the story has no real depth, the jokes are mediocre at best and where James does manage to salvage some laughs with various slips and falls, his quirky and unique delivery of lines, and a scene involving him, a gorilla and T.G.I Fridays, it still isn’t enough to pull this film out of the gutter.

If you have a child, or know a child, or even ARE a child worthy of the Parental Guidance sticker, then no doubt this film shall have you witnessing the laughter-induced dribbling of strawberry flavoured slush puppy (each to their own) all down said child’s front. But adults, if you want a film that both your kids and yourselves can genuinely enjoy (and by enjoy I mean sit through all of without thinking ‘what am I doing here?’) then this film is not it.

Previous: We have no idea what to make of Francis Ford Coppola’s Twixt
Next: Elite Squad: The Enemy Within 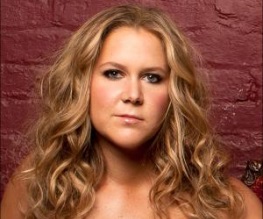