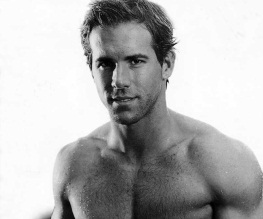 Warner Bros decided to up the publicity ante for The Green Lantern at Saturday’s WonderCon by releasing over four minutes of further footage from the upcoming emerald-hued extravaganza, out on June 17th.

We at Best For Film Towers are torn right down the middle over this film, with half of us temporarily confuddled by Ryan Reynolds’ Sexiest Man in the World status and therefore believing it will be the best thing since Peter Jackson had a dream about small people with hairy feet. Then there are those of us who concur with Reynolds’ woofness but are clear-sighted enough to see past the abs to the hammy acting, plastic SFX and Blake Lively. However, we’ll shut up for a second and let you watch it.

A quick summary for those who haven’t read the comic/seen the trailer. The Green Lantern corps is an intergalactic police force, using the superpowers granted them to protect the universe from evil. The footage shows Hal Jordan joining the corps after the ring (which provides the Green Lanterns with their powers) chooses him to replace the dying Abin Sur.

On the plus side, the creators have a world of scope to make this super-uber exciting; the ring can make any thought reality. Can you imagine what you would do with that kind of power? (Really, think about it for a second…) In Hal Jordan’s case, he conjures kick-ass machine guns and giant fists out of thin air to demolish people who are pissing him off. Awesome.

On the other hand, would it have hurt for the production team to have built the occasional set? There’s so much CGI that this film will age faster than Madonna without her regular Restylane appointments, and it already looks thin and insubstantial.

What do you think? Awesome or turgid? Let us know below.