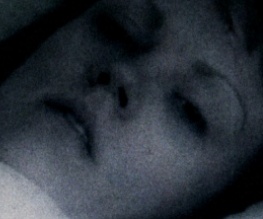 From the depths of the My God WHY Would They Ruin It With A Sequel File comes news that 2009’s runaway horror success Paranormal Activity now has a definite director attached for its sequel.

Seemingly deaf to the film world’s exclamations that the only reason why the first one worked was because it had a budget of about 50 quid and wasn’t commercialised whatsoever, Paramount is going ahead with a sequel to the chilling indie flick, directed by none other than illustrious Saw VI mastermind Kevin Greutert. The script will be penned by Michael R Perry, whose best work includes, erm, some episodes of Law and Order and one of House. Super.

Before you lose all faith in Hollywood and indeed mankind (oh, wait, I’m pretty sure Big Momma’s House 3 made that a foregone conclusion, didn’t it?), original writer/director Oren Peli did have this to say on the planned sequel: “These guys get it and fans won’t be disappointed”. Hmm, is that why you’re only putting your name to this turkey in as much as an Executive Producer credit (aka Person Who Sits Back and Watches the Sweet, Sweet Cash Roll In)?

Unsurprisingly, Paramount has slated the film for a Halloween 2011 release, pitting it directly up against the latest Saw release. At least they’ll guarantee themselves fair attendance levels from bored teens looking for a scare who’ve run out of eggs and shaving cream, because on any other day of the year, they’d be having trouble. As for us, we just hope the second Paranormal Activity has as little as possible plot-and-character-wise to do with the original, so we can keep them blissfully separate in our minds.

Are you excited or filled with dread about the new Paranormal Activity? Let us know below.

Previous: What Not To Watch… When Sick
Next: Preview: The Boys Are Back