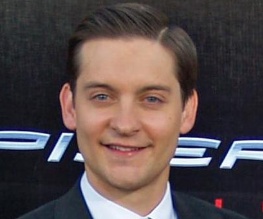 Tobey Maguire has denied rumours that he will be playing Hobbit Bilbo Baggins in Guillermo Del Toro’s forthcoming adaptation of the Tolkien classic. The rumour – which we reported two days ago – originated on Latin Review. When Maguire offhandedly mentioned he’d like to work with Guillermo Del Toro, it prompted rumours that he had been in talks with producers for the role of Bilbo Baggins. Yup, we got as excited as everyone else (but we’re only human, right?).

Maguire issued a statement in The Hollywood Reporter, saying “I have not met with Del Toro. We don’t have any near future plans. I don’t know if something got misconstrued or miscommunicated but the source was not accurate at all.” There still might be hope, however, as he continued: “I love Guillermo Del Toro and Peter Jackson, and I certainly wouldn’t take myself out of the conversation but I haven’t read a script or talked to anybody about it.”

So will he or won’t he then? We’re as confused as the next person but maybe, just maybe, Peter Parker will be swapping the spandex for the attire of a 50 year-old hobbit. Good idea or terrible casting? Tell us your thoughts below!