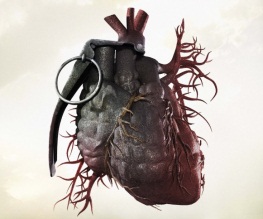 In making Armadillo director Janus Metz says he was “curious to explore how the micro level of war – where human interaction takes place – affects one of the greatest conflicts of our time”. Armadillo, then, is not your standard war documentary. Rather Armadillo intends to tell the human story of those actively involved in war, more specifically the story of a group of rookie soldiers. To this end it begins where their stories begin; in their native Denmark as we are shown clips of their final few days before being shipped out to the infamous Helmand province in southern Afghanistan.


Upon arrival at camp Armadillo our rookie soldiers are welcomed and given the ominous guarantee from their more experienced colleagues that their time at Armadillo will be ‘interesting’. Contrarily their first few months are anything but. Much of their time is spent idling in the compound doing stereotypically macho things: weightlifting, watching pornography, riding motorcycles and quite bizarrely one would think, playing shoot-em-up computer games. Although these scenes encapsulate the boredom experienced by the soldiers, for the viewer they are instructive of each of their individual motivations, thoughts and fears. The most memorable summation being that making the trip to Afghanistan without seeing action would be “Like going to the funfair without riding the rollercoasters”. The soldiers’ patrols outside the camp can, again, be characterised by boredom and a lack of real incident – only a handful of confusing skirmishes with unseen foes which, on the whole, don’t satisfy the their desire for adventure. What these scenes do reveal, however, is the nature of a ground war in Afghanistan– a conflict which is something closer to a hostage situation than a guerrilla war. The soldiers frustrate over their unseen enemies who blend seamlessly into the surrounding community – the surrounding community lament the loss of crops and, more tragically, life caused by military operations in the area. The locals, while often reimbursed for these losses, refuse to cooperate with the military forces, fearing retribution from the Taleban for any such collusion. As the months pass things do begin to get ‘interesting’, firstly when one of the soldiers gets badly injured by an IED, and secondly when news reaches Armadillo that three Danish soldiers from another nearby camp have been killed. As the bitter realities of war set in many of the platoon maintain a brash confidence, while some begin to show a certain apprehension. Others still are too grief-stricken to volunteer for a night-time counter raid on Taleban positions; a raid which, unlike the previous bloody incidents, is entirely captured on film. While this disturbing footage might serve as a stark reminder of the brutality of any armed conflict, the aftermath of the incident, where the soldiers attempt to come to terms with their foray into the morally grey areas of war through a restrained triumphalism, is perhaps more eye-opening. In Armadillo Metz has certainly achieved his stated objective of exploring the ‘micro level’ of human conflict. And this is no small feat; a more domineering director might have sought to impose narration or otherwise a more obvious ideological slant on proceedings, two things that would add very little to the personal stories as told by the soldiers themselves. This lack of obvious editorial bias makes it all the more remarkable that Armadillo actually transcends Metz’s proposal to explore the micro level of war and delivers a powerful insight into the ‘macro level’ of war, specifically the utter futility of warring in Afghanistan. However, while Metz’s editorial light-handedness triumphs in this respect and is ultimately a credit to the film, at times the viewer gets lost in the complicated and confusing nature of the events being depicted – there are often times when you actually want someone to explain to you what exactly is happening and why. While this might sound like fatal flaw for a documentary film, it honestly doesn’t much detract from what is otherwise a tense and fascinating study of how individuals involved in war each come to terms with being trapped between boredom, casualty and death.
Previous: Orange(Wednesday)s and Lemons #12
Next: WIN: 5 x THE DOOR on DVD!