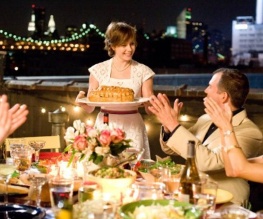 Julie and Julia is the new comedy from writer-director Nora Ephron (Sleepless In Seattle). Based on two memoirs set more than 50 years apart it’s a story about self-discovery, relationships, the art of French cuisine and how to boil the perfect egg. Unfortunately for Meryl Streep’s co-star Amy Adams, the dual plotted nature of the film highlights the distinct difference in quality between the scenes involving each actor. .

The film opens in Paris 1948 as Julia and her besotted US diplomat husband Paul (Stanley Tucci) settle into their new home. Julia’s tireless and energetic character wants something new and valuable to keep her amused. “What is it you really like to do” asks Paul as they are dining one day. “Eat,” replies Julia. “And we’re so good at it,” grins her husband. So Julia defies convention and enrols at the Cordon Bleu cooking school where teachers condemn her initial attempts. She practises for hours so she can out-chop her male peers and pass the test to receive her diploma. “You have no real talent for cooking but the Americans will not know the difference,” says the snooty French examiner.

More than fifty years after this we’re taken to New York in 2002 where Julie Powell (Amy Adams) cooks as a hobby and works in a dead end job which she finds emotionally dissatisfying. She decides to make use of her hobby and begin a blog where she embarks upon a great culinary mission of working through all 524 recipes in Child’s infamous and sacred text, Mastering The Art Of French Cooking. She gives herself just 365 days to cook everything in the book.

Adams and Messina have to work very hard in their scenes to win us over. “I’m never going to meet her” whines Julie. “But you already know her,” replies Eric comfortingly. And we truly do feel like we do know Julia Child by the end of Ephron’s film, purely down to Streep’s captivating portrayal of her. It is the main ingredient to the film without which it would be undercooked and tasteless. The chemistry between her and Tucci is charming and enviable. Like when he toasts Julia at a dinner party with the heartfelt words,”You are the butter to my bread, the breath to my life,” she is also the butter to the bread of the film. 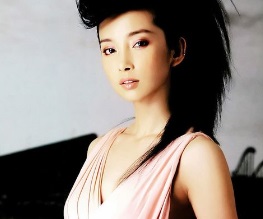