Tinkerbell And The Lost Treasure 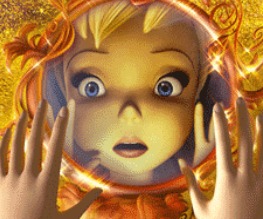 Tinkerbell has managed to get herself some good press in the last couple of years. As far as we remember, Tinkerbell was that tiny, bad tempered cow who basically tried to murder Wendy so that she and Peter could carry on with their strange child/fairy sexual liasons. Apparently, we were wrong. She’s a delight, and cute little girls everywhere will rip your face off for suggesting otherwise.

Tinkerbell and The Lost Treasure is the second venture of Tink’s solo career. The first, Tinkerbell was a colourful, CGI-tastic look into the world of the fairies before Peter-that bad influence- came along. If your child has ever asked questions like “where do the colour of flowers come from?” or “How does the dew get on the leaves?”, this film answers them whimsically, beautifully and thoroughly incorrectly.

Tinkerbell And The Lost Treasure however is actually a much more engrossing- if rather needlessly complicated- story. Tink is summoned by head fairy Queen Clarion to create a one-of-a-kind sceptre that will welcome in the blue harvest; helping to replenish the team’s supply of pixie dust. Aided by her bizarrely-named friend Terrance, Tink sets off to do the fairies proud. However, Terrance turns out to be a bit of a nuisance, and ends up breaking basically everything he touches- including the precious sceptre. What will Tink do?

The tale itself is a bit of a slow starter, and considering the target audience you could be forgiven for thinking Disney have gone a little over-the-top with the story’s elaborate set up. However, there is no denying that the film itself is absolutely beautiful; the effects are flawless, and the fairy world created will be an absolute joy for any young princess. This is the perfect gift for the little ones, just don’t show them Peter Pan straight after. You don’t want to ruin Tink’s reputation.

“The Gift of a Friend” music video, performed by Disney Channel’s Demi Lovato

Previous: Jessica Alba Gets Her Belgium On
Next: Four Christmases