Rise Of The Guardians 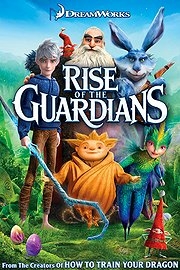 A mysterious youth (Chris Pine) emerges from a frozen pond and discovers he has the power to manipulate the cold. Armed with only his magic stick and the name given to him by the moon, Jack Frost, he is invisible to humans, and spends the next 300 years pissing about, making snow and talking to himself. In the modern era, Santa Claus (Alec Baldwin), the Tooth Fairy (Isla Fisher), the Easter Bunny (Hugh Jackman) and the Sandman (he’s mute) are “Guardians” who “protect the children of Earth” and are utterly contingent on people believing in them to continue living. Enter boogeyman Pitch Black (Jude Law) who is so desperately lonely that he hatches a scheme to make all children stop believing in the Guardians. The Guardians are told that a new member must rise to their ranks in order to defend the children, and Jack Frost reluctantly agrees to fight the forces of darkness.

Rise Of The Guardians is a film assured of its competency. Is has all the ingredients it needs – recognisable characters, big budget graphics, a Christmas theme in a year suspiciously bereft of holiday-inspired films – but it is this confidence that is the film’s greatest enemy. Everything just becomes so dreary, so tired, so hackneyed within the first 10 minutes of Rise Of The Guardians that it never truly recovers. It looks lovely – the colours bounce off the screen and the quick action sequences feel sharp and alive, but this is no Pixar production. Say what you like about Brave, but it looked gorgeous. Rise Of The Guardians looks almost as good, but there are little things that can really throw you out of a scene. The characters’ fingers looking like inflatable sausages, for instance, or Pitch Black’s face being peculiarly smooth, so that he looks like Odo from Star Trek: Deep Space Nine. 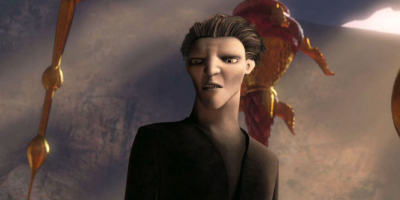 The scenes involving a group of particular children are the worst in the film. Jack Frost spends a good ten minutes stalking these supposedly random kids at the beginning, and we spend every second wishing the plot would move on from these derivative ragtag Goonies-style street urchins. You might feel relieved the second they bugger off, but alas, you’ve counted your Easter Eggs before they’ve hatched. Evidently destined for some sort of cosmic significance, the climax of the film completely revolves around these revolting pipsqueaks, in that “just believe in bullshit and everything will turn out OK” mentality we’ve all seen before. What about a kids film proclaiming the benefits of using your critical faculties, Hollywood? 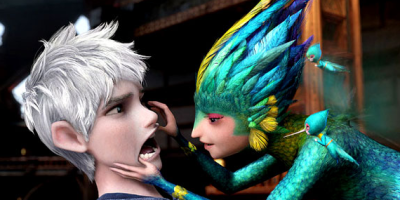 Enough about repugnant children, we have incredible A-listers voicing our heroes! Except that every single last one of them has as much charm as an in-side-out cow. Chris Pine’s plucky hero is a bizarre choice, since Jack Frost looks about 12, thus entering the character for the Man-Child of the Year award. His earnest, whiny, unshod Jack is utterly unlikable, even more so when he becomes the creepy stranger obsessed with children. Alec Baldwin brings zero charisma to St. Nick, Isla Fisher’s Tooth Fairy is squirmy and annoying and Hugh Jackman’s Bunny is so dishearteningly mishandled that it evokes tears of woe. No time is spent establishing Bunny as a rough but loveable rogue, so that his eventual transformation into a weepy douche falls completely flat. He could have saved this film with a bit more wit.

By far the worst character is Jude Law’s Pitch, who is a serious contender for the least interesting foil in history. He looks like Hades from Disney’s Hercules with none of the benefits from James Woods’ performance. He comes off as a spoilt brat. He never feels like a threat, although he tries so very hard to be menacing. Jude Law comes off as phlegmatic, his not-even-slightly-intimidating accent ruining every line delivery. Pitch, in fact all of the characters, have such ill-defined, variable and meaningless powers that you are taken out of the film whenever one of them whips out a new one, which is often. For instance, Jack only sparingly employs the power of slipping people magic MDMA sparkles. He uses it to make Hugh Jackman nicer to children, and that’s pretty much it. No explanation, no development. 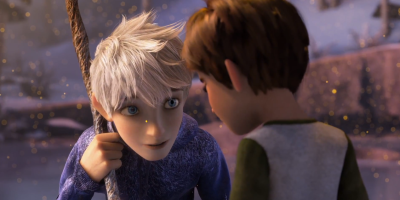 Rise Of The Guardians flirts closest with complete disaster when the characters try to converse, and you feel your brain leaking out your ears in protest. The strained exposition, the feeble attempt at rapport, the cries of “Find your center!” – it’s all just awful, awful stuff. Even the lovely graphics become less enjoyable as the film goes on – we are so over-saturated with spectacle that it ends up feeling hollow. “A big wall of evil horse sand? Sure. Giant walking stone eggs that appear from nowhere with no explanation or use of any kind? Why not? Bunny is now a small bunny instead of a big bunny? I no longer care, do what you want.” It’s all so loveless. Not funny, not interesting, not worth your kid’s time, not worth your own time, not worth the price of admission. In a word: craptastic.