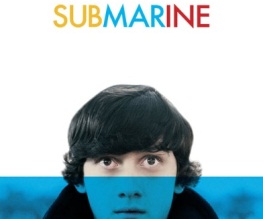 Submarine is the directorial debut of Richard Ayoade, best known as Moss in geekfest The IT Crowd. Based on the novel of the same name by Joe Dunthorne, it is the coming-of-age story of Oliver Tate (Roberts), a Welsh teenager whose two aims in life are to lose his virginity to girl of his dreams Jordana (Yasmin Paige) and to stop his parents’ marriage falling apart. The latter he attempts through amateur detective work, decoding how long it’s been since his mother and father had sex by the dimmer switch setting in their bedroom. When he discovers that his new next-door neighbour, a mystic by the name of Graham (Considine), is an old flame of his mother Jill’s (Hawkins), he steps up his observations, convinced that she is going to have an affair.

Oliver is a combination of that confused kid just trying to fit in that we remember being, and the pretentious little prat you weren’t surprised got bullied at school. He reads the dictionary and is self-consciously verbose (an example of his ‘word of the day’: flagitious), but is also willing to indulge in bullying a fat girl to impress the pyromaniac Jordana. He likes to imagine his own funeral and the subsequent grief that would overwhelm his school, town and country. He also imagines himself as the protagonist in a film of his life, a conceit that’s slyly referenced through the film when Roberts occasionally glances at the camera, dropping the fourth wall. The staginess of some of the scenes and the structure (‘Prologue’, ‘Part One’ etc.) alludes to this to, possessing the self-conscious feel of a young film-maker; as though Ayoade is directing the film as he thinks Oliver would choose to portray his life. Of course, Oliver is never really in control, as much as he tries, and events get away from him.

Some of the situations he gets himself into are both amusing and embarrassingly familiar to anyone who has ever been a teenager at school. The agony of liking someone and not being sure what to do, the humiliation of being made to read out a private note in class by a sharp-eyed teacher, and half-heartedly trying to stand up to the school bully, who is obviously a lot bigger than you and not afraid to throw a punch. Oliver experiences his first heartbreak in the same way that his father describes depression; a feeling of being underwater. All the emotions in the film are portrayed this way – nothing ever blows up, but instead unhappiness is submerged and quiet. Colour is an important motif of Ayoade’s; the blues and reds that infuse the screen in between scenes, the muted colours of the Welsh countryside and the 80s decor. Graham’s mystic talent is to perceive people’s auras, causing Oliver to muse: “If dad was a colour he would radiate ochre”. You can understand why Jill might want a brief escape, even if it is with a prat who prances about in leather trousers lauding mysticism. All the actors are wonderfully cast, from Sally Hawkins doing her usual solid job, to Craig Roberts as Oliver, adeptly capturing his character’s combination of awkwardness, dry humour and teenage pomposity. Like any good British coming-of-age drama, Submarine is awkward, slightly melancholy and makes you very very happy not to be a teenager anymore. The agonizing moments that seem to characterize one’s growth into adulthood are captured in all their sublime discomfort and the numbing misery of a first love and breakup is perfectly portrayed. One of the reasons Oliver gives Jordana for sleeping with him is because “it’ll be a disappointment anyway so might as well get it over with”.

Oliver is not always a likeable hero, but that makes him and the narrative only the more realistic. Ayoade has proved very able at creating a film that is awkward and slightly painful but also heartwarming, adorable and very funny. http://credit-n.ru/offers-zaim/glavfinance-online-zaymi.html http://credit-n.ru/offers-zaim/online-zaym-na-kartu-payps.html