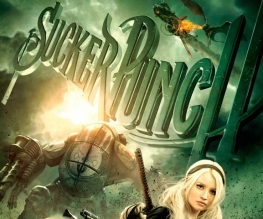 The back story is fed to the audience in the first five minutes. Babydoll (Emily Browning) is dragged to a mental asylum by her abusive stepfather after her mother dies, where he pays a bent orderly to ensure she will be given a lobotomy. Our heroine rapidly retreats into a fantasy world – a Prohibition-esque club in which she and the other inmates are exotic dancers trying to escape their pimp. Babydoll uses her mesmerising dancing talent to distract the heavies and various men who possess the items the girls need – a key, map, knife and fire. Each time she performs, she descends to another fantasy layer where she and the girls fight dragons, clockwork Germans and robots in order to obtain the objects. Sucker Punch does make me sympathise with film financiers who are reluctant to take on original projects, as its originality is the very reason it fails. All Snyder’s previous feature-length directing projects have been adaptations, which have worked because his fanboy faithfulness to the original served him well. Alas, Sucker Punch is not only scripted but invented by Snyder, and the boy needs some creative writing classes. The plot is hopelessly simplistic, the characterization paper-thin and the dialogue agonizing, and as a result the acting is similarly painful, with only Emily Browning emerging with dignity intact.

The most interesting part of the hopelessly simplistic plot is Babydoll’s incarceration in the asylum, yet we spend almost no time there, presumably because there is no excuse for dressing asylum inmates in tiny outfits without overdoing the absurdity. So the film’s majority is set in Babydoll’s dream level one, where the girls can wear minimum amounts of clothing because – ta da! – they’re hookers. I can’t really accuse Snyder of sexism, as the 300 Spartans were perma-naked, but there was tenacious justification for that costume choice (I’m a Spartan; I’m a TOTAL HARD MAN), whereas Sucker Punch feels like a horny teenage boy has been let loose on The Sims. And when will somebody explain to costume designers that girls would never fight in high heels? Zack Snyder’s strengths lie in the visual; anyone who’s seen 300, Watchmen or The Owls of Ga’Hoole can testify to that. And there is an abundance of spectacle to feast on; from the empathetic grey of the asylum to light glimmering off a slow motion-exploding shell, Snyder’s talent for displays of awesome remains intact. However, without decent pacing or storyline, all this show is as much use as the little pig’s house of straw. Then, despite the striking compositions and colour palette, even the fight scenes (Snyder’s usual forte) are a bit weak. He flips between hyper-slow motion and frenetic speed, not giving the action choreography any room to breathe.

On the plus side, the soundtrack is pretty flipping awesome; a series of covers, including The Pixies ‘Where is my Mind?’ and Eurythmics ‘Sweet Dreams’. The film is clearly meant to be a love letter to pop culture, with Snyder’s fantasy layers referencing (among others) manga, steampunk and Lord of the Rings – used to, it has to be said, pretty brilliant effect. The problem is not that Snyder delves too deep into the absurd or dreamlike – successes like Inception and Pan’s Labyrinth have proved audiences can cope with a few mind tricks. But Sucker Punch never has a solid enough foundation on which to build and so, like a dazzling house of cards, it all falls down.
http://credit-n.ru/informacija.html http://credit-n.ru/offers-zaim/4slovo-bystrye-zaymi-online.html