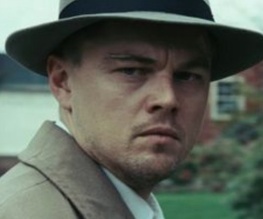 US Marshal Teddy Daniels (Leonardo DiCaprio) and his new partner Chuck Aule (Mark Ruffalo) make the stomach-churning journey by water to Ashecliffe Hospital for the Criminally Insane with a hurricane closing in on the island. Dr Cawley (Sir Ben Kingsley), who oversees the facility, reveals that one of the patients (Emily Mortimer) has escaped and no one has any idea how she could have disappeared without trace. Examining the cell, Teddy discovers a scrap of paper bearing the scribbled words: “THE LAW OF 4. WHO IS 67?”; It’s the first of many mysteries. As the cops interview the staff including the threatening Dr Naehring (Max von Sydow), Teddy and Chuck begin to sense that something is terribly awry on Shutter Island. As paranoia grips the men, Teddy becomes convinced that Cawley and his security team are secretly holding an additional patient hostage somewhere within the hospital’s crumbling walls. Alas, voicing his fears would make the cop sound just as mad as some of the inmates. What’s a marshall to do?

# Behind the Shutters
# Into the Lighthouse

Previous: Remember Me: DVD Review
Next: Top 5 kids’ films for this summer