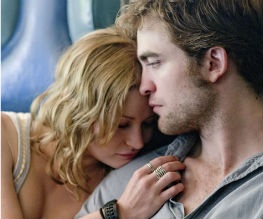 As mentioned above, the plot of this film doesn’t really break any new ground. Pattinson, who also did some behind-the-camera work on Remember Me, plays Tyler, a moody and contemplative New York student struggling to erase the memory of his brother’s suicide. Egged on by his irritatingly Jack-the-Lad roommate Aidan (Tate Ellington), Tyler engages Ally (Emilie de Ravin), a fellow student who just so happens to have witnessed the murder of her mother. As a six-year-old. Oh, and Tyler only introduces himself to Ally in order to get back at her father Neil (Craig Cooper), an NYPD detective who inflicted a good ol’ fashioned dose of police brutality upon Tyler. Jeez.

Previous: The Spy Next Door: DVD Review
Next: Shutter Island