#10 – Clopin, The Hunchback Of Notre Dame 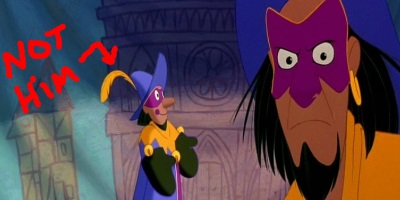 Clopin claims to be a simple puppeteer, but we know the truth about this certified King of the Gypsies. His kingship over the Court of Miracles – not to mention his knack for making people disappear – suggests Clopin’s a bit of an illusionary multi-tasker on the quiet. However, being as that’s pretty much the only trick he treats us to in The Hunchback Of Notre Dame (barring the magical sound of his lilting voice), he’s staying right here at the bottom of our list. Where, you know, we might hurl rotting fruit and vegetables into his judgemental face.

A quick outfit change does not an awesome magician make, Clopin. And you’d do well to remember that next time…

#9 – Montag the Magnificent, Wizard Of Gore 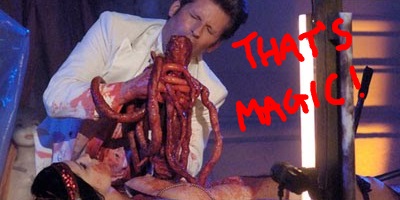 Montag The Magnificent is a pretty good magician, sure. But you know what’s more impressive than mutilating women? NOT mutilating them and making us THINK you did. Like Christian Bale in American Psycho, yeah? An illusion isn’t an illusion if it actually happens, Montag. BECAUSE IT’S ONLY MAGIC IF IT’S A HORRIBLE YET BELIEVABLE LIE! 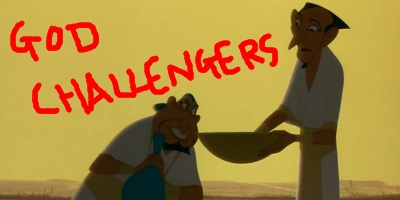 Everyone always finds it pretty impressive when Moses throws down a wooden stick and changes into a snake, but what about the Egyptian magicians who did the exact same thing – WITHOUT God’s help? Yeah, exactly. In our book, a miraculous act of the divine is all well and good, but it’s much more bloody captivating when the magicians doing it AREN’T omnipotent. And Hotep and Huy didn’t just make astound and amaze us, they also did it with a catchy song and dance number.

See? God, obviously a sore loser, decided to respond to being magically bested with a plague or two. Think locusts, frogs, rivers running red with blood… all, to be honest, pretty impressive illusions. Maybe we ought to rethink his place in the magic circle? 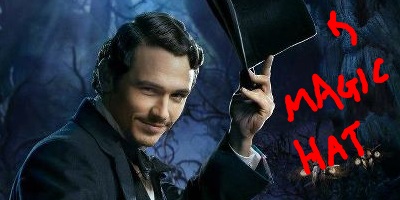 Oscar Diggs begins life as a small-time magician and con artist but, after picking a fight with a tornado (and losing) he soon finds himself in the handily-named Oz, a magical kingdom which sits somewhere over the rainbow. Can his talents for prestidigitation help to save his newfound friends from the not-so-mysterious Wicked Witch? Maybe. Probably, actually. He is, after all, the seventh most talented magician of cinema ever. Get thee to a screening of Oz The Great And Powerful and watch this almighty battle of illusionary tactics and real genuine magic for yourself, stat! 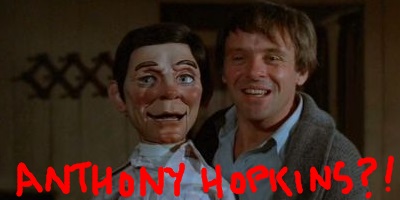 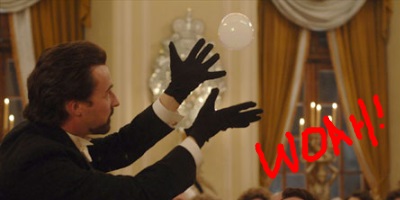 Eisenheim becomes a magician for the same reason most of us do anything; to impress an attractive member of the opposite sex. And, of course, to reveal a conspiracy to usurp the Austro-Hungarian throne. His magic is the most exciting kind, seemingly calling upon spirits of the recently deceased through use of mysterious equipment and Chinese stagehands. But is it real? Or is it an illusion?

We suggest you take a long, hard look at the title of the film and figure it out for yourselves… 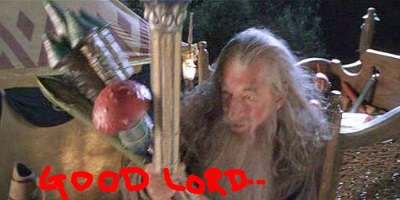 Wizard, shmizard. We all know that, sure, Gandalf The Grey is a pretty important you-know-what in the realms of Middle-Earth, but he also dabbles in magicianship on the side. From firework-based illusions to a spot of ventriloguism, Gandalf isn’t opposed to letting his shaggy hair down and having fun with the craft once in a while – and this is why we love him so.

Did you see that? Did you see all the spectacular illusionary work Gandalf just did? Yeah. Wizard by day, magician by night – all hail the mighty Mithrandir! 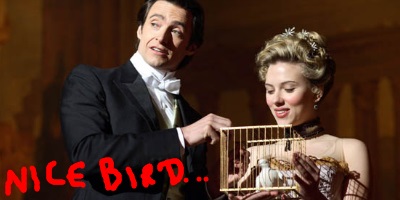 Hugh Jackman can sing, can mutate at will and can, essentially, do pretty much anything. So it stands to reason that he’s a dab hand at magicianship as well. Too bad he let himself get caught up in a game of one-upmanship with Christian Bale, eh? But, from killing birds to catching bullets, witnessing the accidental / not-so-accidental drowning of his wife LIVE ON STAGE to literally duplicating himself, you can sort of understand why Hugh went off the magical rails… 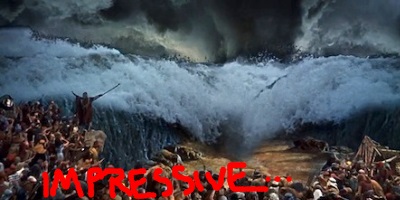 We gave God quite a hard time earlier on in the magic stakes but, thinking about it, we think he’s actually in need of some serious recognition for his greatest illusion to date. Forget the burning bush, ignore the turning water into wine and don’t even THINK about the whole healing lepers bit. It all pales into insignificance when you consider the fact that, through trickery and sleight of his alighty hand, he managed to rip the entire bloody Red Sea in half. In HALF! Which is, when you think about it, much more impressive than cutting a measly little woman into two tidy pieces, isn’t it? 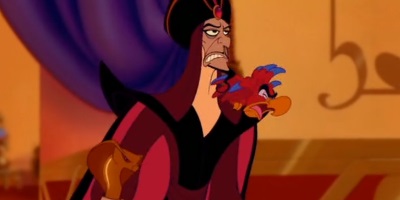 An amoral psychopath, official member of the ultra-exclusive Disney Villains club AND skilled hypnotist, it’s unsurprising that Jafar has clawed his way to the top dog slot of cinema’s magic circle. But it wasn’t always that way…

At the start of Aladdin, despite having an extensive knowledge of arcane lore, Jafar was completely dependent on his Snake staff’s hypnotic properties. Bad times. However, after wishing (on a genuine Genie) to become the most powerful sorcerer in the world, Jafar soon found he could levitate objects, summon fire and transform himself into a giant cobra. As you do.

Too bad he got greedy, eh? TOO BAD HE RUINED IT ALL WITH ONE GREEDY GRASP FOR TOTAL POWER! But what do you expect from Disney’s official #2 villain of all time? Being evil always has a bloody comeuppance – and, in this case, it was getting squashed up and shoved in a lamp. Standard.

Who’s your favourite magician of cinema? It’s Jafar, isn’t it?

Previous: Christian Bale may play Moses!
Next: The Hounds