You know, the gritty, pensive stuff – less IRON MAN, more …Iron Man?. Deliberately using 1/18th of the Avengers Assemble budget, going down to the Minnesota Valley Players and hiring every man, woman, child and bigot they meet, allowing an eight-year-old to write the script – the sort of thing that wins awards at Cannes, we mean. To this end, we hereby present you with the appropriately niche list of Top 10 unsung heroes of Marvel. 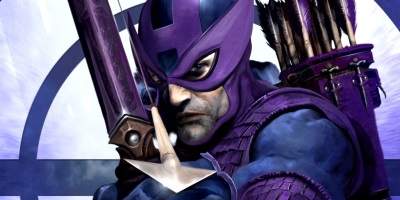 “But he was in Avengers Assemble – you said niche, you faux-pretentious-Tony-Stark-lovers!”, we hear you cry. But bear with us. Quietly, Jeremy Renner’s Hawkeye has crept into the back of the big ‘uns in the Marvel playground you know and love, including Thor and a role mostly not playing the arrow-slinging badman also known as Clint Barton in Avengers Assemble. However, Renner has not been at all secretive about wishing there had been room in Avengers Assemble or in Marvel’s piggy bank to properly mine Hawkeye’s potential as a character/potential to get into Scarlett Johansson’s Black Widow’s leather onesie. We’ve a real soft spot for Jezza’s pug-like little face, ever since 2009’s The Hurt Locker, and just want him to have everything he wants when he wants it. Including his own little Hawkeye movie. 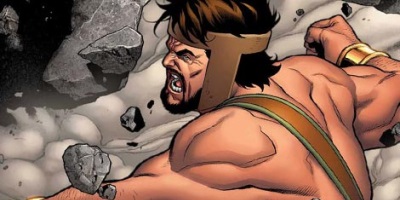 Because who doesn’t want to see 300 with more explosions? Other than our perverse desire to watch really old things blow up like really new things, Hercules is an ideal choice. Although he was one of the Avengers in the comics, Hercules was probably considered too present in pop culture to be a part of today’s new team of superfreaks. But honestly, for diehard Marvel fans, he deserves at least a limited-edition short of his own – he has an adamantium mace (i.e. the same stuff Wolverine’s skeleton is layered with) that goes toe-to-toe with Thor’s hammer Mjolnir, and frankly, I’d like to see someone at least try to knock Thor off his pedestal as the One True God of MarvelVille (and therefore, of us all). 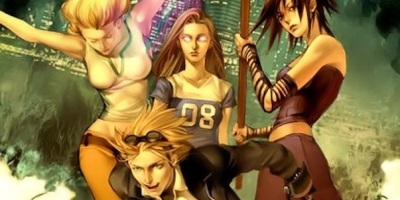 This is a six-part movie series just gagging to happen. Superheroes aimed at teenage girls won’t work? We disagree for two reasons: 1) Young adult fiction, the home of the 14-year-old girl, is rife with overwrought tales of mutants on the run, and 2) Thor’s entire body. The Runaways are Marvel comic staples, as six good mutant children of evil mutant parents. They are appropriately racially balanced, enough of a mix of genders for at least one tragic love affair, we think one of them’s gay and there’s also a TELEPATHIC DINOSAUR. Alas, the proposed film got shelved in 2010 to make way for, of course, Avengers Assemble. Also, did we mention Joss Whedon used to write the comics? 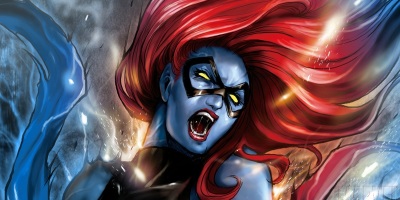 We can’t quite believe this isn’t a thing yet. For a genre characterised by its popularity among men, the most naked character in the films doesn’t have her own yet. In the comics, Mystique’s character is actually fully compelling, and interacts nicely with Rogue (played by Anna Paquin in the films). We support any woman who forms her own evil Brotherhood of Mutants, having played for the good guys and deciding she didn’t like it. She had babies and everything, but she didn’t let it stop her from being a supervillain and maniac. Victoria Beckham has nothing on her. Look, X-Men’s Jean Grey is a buzzkill. Wah wah, Scott I love you, wah wah, Wolverine be mine. Women are already poorly represented enough in this genre, and Jean was among the worst hit. Marvel reduced the one really smart woman at the forefront of the original X-Men trilogy to a crackers little nihilist with an anger problem. She eventually needed all the big strong men to sort her out and kill her for the greater good, only to return as a half-arsed vision in The Wolverine. We say screw it, start again with Jean Grey’s Level 5 mutant alter-ego, Phoenix. She’s more fun. 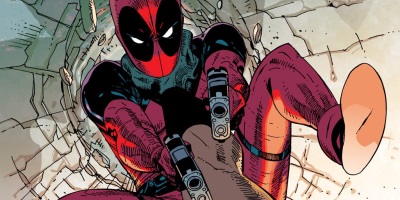 For all its flaws, Marvel has really gotten a grip on how to write engaging and legitimately scary villains, from Mickey Rourke in Iron Man 2 to Tom Hiddleston’s unmatched Loki in Thor and Avengers Assemble. Deadpool has all the hallmarks of a brilliant one – he heals better than Wolverine, he’s smarter than Professor Xavier, but is somehow more mentally unhinged than Dr. Jean Grey. He’s a true anti-hero. Marvel has proven it can make superheroes of heroes and supervillains of villains, but can it make this villain a hero? There’s a challenge. Also, if his brief appearance in X-Men Origins: Wolverine is anything to go by, and given that he has nothing to do at the mo, this might mean Ryan Reynolds in the nakey. Which is never a bad thing. 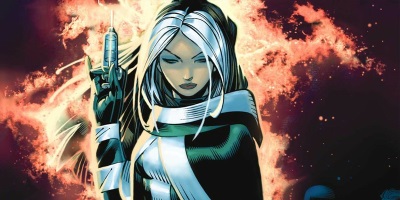 We would donate to any Kickstarter fund which promised us 90 minutes of Rogue kiss-killing One Direction, Justin Bieber, Tyler Perry, Nick Clegg, and just for fun, Katie Hopkins. Also that wet Iceman Bobby Drake from the films, so it still counts as a Marvel film. 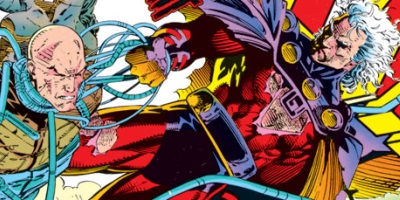 Why no one has ever thought of combining The Hangover with X-Men, with a dash of Men in Black, we will never understand. Really though, can you tell us that there isn’t blockbuster potential in a buddy comedy where the bros are really old, but can read minds and bend metal, had a fight and nearly destroyed New York, but have now teamed up again to save the world? Seriously, add in the wheelchair and we’re golden. 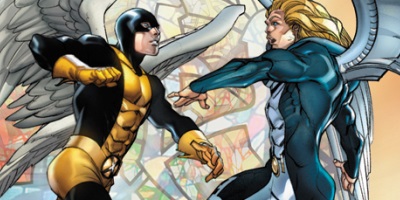 There’s only ever been one Angel in the Marvel films, and that’s Ben Foster’s winged mutant in X-Men: The Last Stand. We propose a merger between his, erm, aesthetic and the actually really cool canon of legend surrounding the warring factions of Angels in the comic universe. As secretly full of all the falling and mutating and changing sides as the Judeo-Christian angels, and creepily described as ‘believing that the end justifies the means’ on their Wiki page, there’s definitely some Dan Brown meets Stephen King ideas going on here. It’d be a nice change of thematic pace for Marvel, with a deeper moral murkiness and a different social awareness, but most importantly, we would still get to see things blow up really hard. 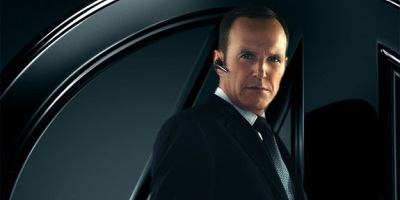 We’re still not convinced that Agents of S.H.I.E.L.D. will be any good, so for us, there was no other choice. As Agent Coulson, pillar of reason, dry wit and quiet sex appeal in Iron Man, Iron Man 2, Thor and Avengers Assemble, our Phil was as underused as Hawkeye. Phil was created just for the films – his appearances over the better part of a decade are testament to just how much work went into building the components of the bigger S.H.I.E.L.D picture we only got to see in Avengers Assemble (congrats Marvel, we are impressed). With that comes the freedom to totally invent Phil’s past. What if Phil was in that queue for the mutant cure in X-Men: The Last Stand? An ex-superhero doling out bureaucracy and tax forms to the new kids on the block? Then gets all mutant-y again (from his tragic death, faked in order to galvanise the Avengers into action, let’s say) and has to figure out how to balance his devotion to maintaining his printer credits balance with saving the world? Cameo from Captain America, his boyhood favourite? COME ON. #FREEAGENTCOULSON.

Who do you want to see in their own Marvel flick? Let us know below!

Previous: WIN: a 3D HDTV from Argos
Next: Peter Capaldi cast as The Doctor – our two penn’orth