It’s a dog-eat-dog world out there, especially for actors. Imagine: you think that you have finally landed a totally cool, ‘this will cement my career’ role then some little, perky upstart (Keira Knightley, Justin Timberlake…) comes along and steals all of your glory, purely for being perky and upstarty. Soon you begin to drift through Hollywood with your name slipping further and further down the credits and next thing you know, you’re Lindsay Lohan. Is this just fate? Or can you forge a career being that guy everyone loves but no one, not even your own mother, remembers? Why yes indeed you can! And here at Best For Film Towers some of them are our most favourite actors ever. Fuck you Brad Pitt, come in out of the cold, you much maligned heroes. 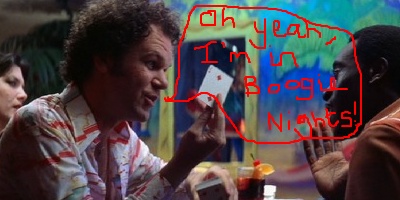 He sings! He dances! He put us off having kids forever in We Need to Talk about Kevin! He just needs to steer clear of crap comedy roles then he will be alright. There is no need to act like knob-clown Will Ferrell, YOU can actually act! Reilly proved his worth years ago alongside a young Mark Walhberg in Boogie Nights but somehow never managed to ride that high into the 21st century. Whereas the rest of the cast got into Ocean’s Eleven and some other such things, Reilly acted his little, curly haired heart out for us and was in THREE films in one year that collectively were up for THIRTY TWO academy awards! Did he win any? Well, he’s on this list…take a wild guess.

What would we like to see him do next? Kick Will Ferrell’s ass, alternatively win an award for once… 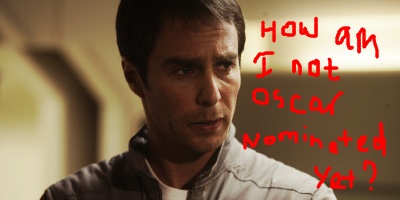 Sam Rockwell, you think he has just appeared overnight eh? Oh how wrong you are. This guy was in the ORIGINAL Teenage Mutant Ninja Turtle movie. Yeah, that should be memorable enough but apparently not! Rockwell spent the early stage of his career acting with Ricki Lake and struggling through the 80s and 90s with bad role after bad role. Did he give up? Like fuck he did. And now he is in films like Cowboys and Aliens. Yeah it sucked, but he was good in it. Hopefully the only way is up for Rockwell. To the moon and beyond!

What would we like to see him do next? “An artsy, indie coming of age comedy” says Tessa, after asking who he is. We’ll go with it. 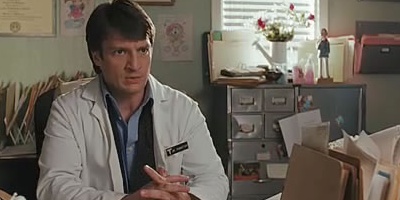 We wish you were our OB/GYN, Fillion! Then we would make you pies and shag you all over your office. In case none of you have seen Waitress then get online and order it now! It makes a trip to the gyno look like, well, a piece of cake. And we love him for that. From fluffy comedy to evil Buffy Villain, this man can do it all. Will you remember his name tomorrow? You really, really should.

What would we like to see him do next? More movies please! Come on casting agents, you know you want to. 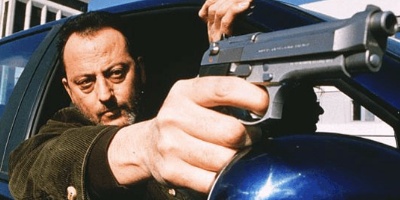 Hock up a loogie first as you say his name, just to get the correct Frenchie pronunciation and then you are all set. Undeniably a mega star in France, it is just a shame he made such poor decisions when it came to US films. Godzilla and The Pink Panther probably did the most lasting damage but then the brilliant Léon with little Natalie Portman can undo most wrongs in this world. Too often banished to the sideline as the token Frenchman it is time to see Reno step up to the foreground and give us another winning lead role. Time is ticking. Le tick, le tock.

What would we like to see him do next? Natalie Portman is all grown up and has procreated now. Léon came out 18 years ago. Need we say more? 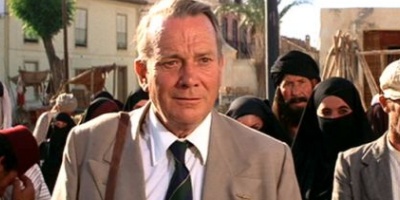 Marcus Brody: “Henry, Indie, follow me, I know the way. Yah!” (Falls off horse) Henry Jones: “Got lost in his own museum once.” HE WAS MARCUS BRODY IN INDIANA JONES! How much did we all want a man like this to be our history teacher at school? Elliott was a true, classic gentleman who made 155 films! He is best know for his roles in the Indiana Jones films and Trading Places as Dan Aykroyd’s butler, and won the BAFTA for Best Supporting Actor three consecutive years in a row. He was also born in Ealing (ahem…) which automatically makes him a total dude. Denholm Elliot continued to work practically right up to his untimely death in 1992.

What would we like to see him do next? Erm…Not be dead? 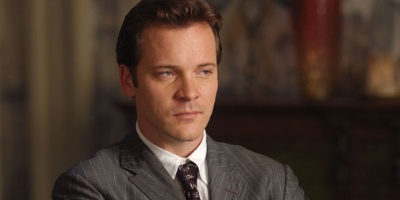 Is in no way related to similar sounding Alexander Skårsgard…get it right people! He IS however married to Maggie Gyllenhaal which perhaps makes them not only the most underrated acting couple, but the couple with the most amount of a’s next to each other in their surnames. We are completely at a blank as to why Sarsgaard isn’t more appreciated then he already is. He was the ONLY good thing about Carey-Mulligan-crock-of-shit An Education and even Vera Farmiga said she was only excited about doing Orphan because it meant she got to work with him. At least someone is appreciative then! And we are too. Go Sars-Man! (Potential new comic book villain name)?

What would we like to see him do next? Well clearly Sars-Man now! 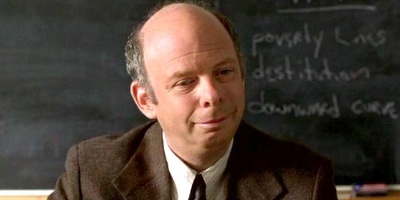 Inconceivable!! How is this man so unknown? Always the mega dude of cool on screen, Shawn has made a career out of his odd looks and low-key comedy. He has managed to span all areas of the industry making himself into a quintuple threat (take that J.Lo with your triple threat) by becoming a film, TV, Stage and Voice actor AND a writer (he is a successful playwright…J Lo can’t even spell her full name). Despite all this his name still manages not to stick. Pity really. Asides from Clueless and The Princess Bride, Shawn was also the voice for Rex the Green Dinosaur in all three Toy Story films. Are you a successful playwright Tom Hanks? Nope, thought not.

What would we like to see him do next? Come out from behind the dinosaur mask. 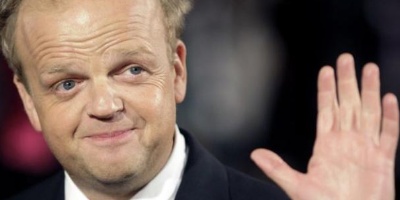 He may only be tiny but his acting can stand up to most men in the industry. Jones has been in practically every single major film release over the last thirteen years and yet no one can remember his name (we blame you, Toby Stephens). He is funny looking and a great comic actor but also just as good in serious films and has FINALLY been given a lead role in the upcoming film Berberian Sound Studio which you should all go and see. Come on now, let’s say it together: TOBY JONES!

What would we like to see him do next? More lead roles immediately! Thank you 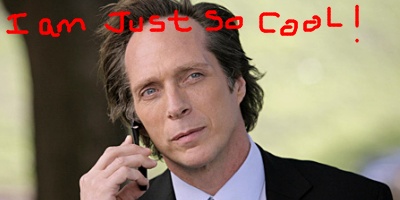 Stick this man into any film and it instantly becomes 100% cooler. Perhaps that is why he makes a lot of cameo and supporting appearances? Too much on screen time might blow our minds. This man’s finest role so far has to be in completely amazing/totally shite (depends on how stupid you are) film Drive Angry where he plays The Accountant, a helper of Satan’s who has left hell to hunt down Nicolas Cage’s character who has manage to escape the devil’s clutches. Here is why he is just so fucking cool:

This guy won’t take on roles just for the money, he picks scripts and parts that he thinks are great even if the movie isn’t even that big. He is a breath of fresh air amongst all of the Hollywood stink. William Fichtner, we love you.

What would we like to see him do next? A movie with Johnny Depp. Oh wow, you already are! 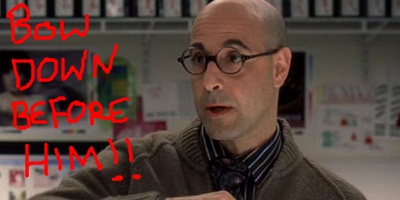 Kneel, worship, adore. This man must surely go down as the number one most undervalued actor of all time. From sassy gay best friend in The Devil Wears Prada to Saoirse Ronan-killing paedophile in The Lovely Bones, this guy delivers more than a learner driver on a Pizza Hut bike. His charisma and sheer awesomeness consistently helps him to steal every scene no matter what it is. It isn’t easy to take the limelight away from Emma Stone (Anne Hathaway is a walkover), but Stanley Tucci can. Every. Single. Time.

Tyra Banks can keep her booty tooch, we have our booty Tucci and we know which we prefer. We would genuinely like to know this guy so we could have a pint with him. Respect him, bitches! And worship him as a God.

What would we like to see him do next? Take over the world.

Disagree with any of our choices? You would be foolish to but whatevs, let us know!

Previous: The Hobbit looks set to become a trilogy
Next: Jackpot