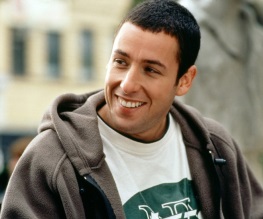 There are a lot of overpaid people in the world; politicians, plastic surgeons, drug barons and now Adam Sandler. We’d rather spend an afternoon with a drug baron, TBH – even assuming that they’d eventually cut your head off and leave you by the roadside, at least you’d go out on a high. An Adam Sandler film leaves us wondering why euthanasia hasn’t been legalised yet and whether you can paper cut yourself to death on your popcorn box.

Sadly for Sandler, his rule over Hollywood might be at an end now that he has been named as Forbes magazine’s Most Overpaid Actor. The Grown Ups star, who can command $15m-a-role wages, generated Hollywood’s worst return on his salary this year with just $3.40 in box office receipts for every dollar he was paid. FIFTEEN MILLION. For the man who made That’s My Boy. In a country with SEVENTEEN TRILLION DOLLARS of debt. Surely Sandler’s days are (ahaha) numbered?

Bad comic actors everywhere should start watching their backs as they pretty much all ended up on the list. Katherine Heigel, Reese Witherspoon and Steve Carell, we mean you. Still none of them did as badly as Drew Barrymore – back in 2011 she brought in a measly forty cents for every dollar she ‘earnt’.

Previous: Fifty Shades somehow gets another cast member
Next: Jason Momoa in talks for Batman vs Superman role