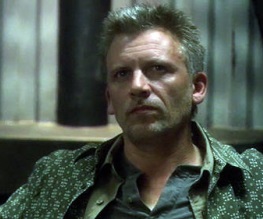 Like a syphilis-ridden corpse that just won’t die, Fifty Shades of Grey continues to be a thing despite woman everywhere having fudded their smushkis dry already over Anastasia getting flayed with a banjo string or something. The latest on the chopping block: Callum Keith Rennie.

Callum Keith Rennie has been cast specifically because he has a face like an ironed-out ballbag. It’s the same face you may have seen in Memento, Blade: Trinity and The Butterfly Effect – you remember The Butterfly Effect? It had two endings. One of them saw a baby consciously strangle itself in the womb with an umbilical cord to stop Amy Smart becoming a junkie. That’s the level we’re on here.

Fifty Shades of Grey is now scheduled for release in 2015. Hopefully the cast will be long dead by then.