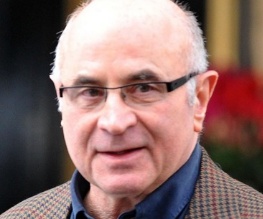 Today actor and living legend Bob Hoskins announced his retirement from acting. The news comes after he was diagnosed with Parkinson’s disease late last year and he has said that he would like to spend the remainder of his life happily settled with his wife and family away from the media spotlight. All that remains for us to say is thank you Bob for all of the films you gave us.

Bob’s career has spanned over four decades and he has been in a large range of films over the years including childhood favourites Hook and Who Framed Roger Rabbit and most recently alongside Kristen Stewart in Snow White and the Huntsman. Today a statement was released on his behalf saying:

“Bob Hoskins wishes to announce that he will be retiring from acting, following his diagnosis of Parkinson’s disease last autumn.He wishes to thank all the great and brilliant people he has worked with over the years, and all of his fans who have supported him during a wonderful career. Bob is now looking forward to his retirement with his family, and would greatly appreciate that his privacy be respected at this time.”