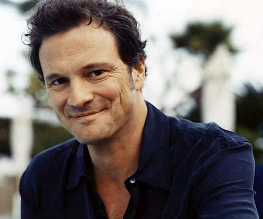 A couple of weeks ago we reported that, having been unceremoniously ditched by Christian Bale, Spike Lee had turned to crinkled English gem Colin Firth in the hope he’d join his Oldboy cast. A cast that currently consists of Josh Brolin as hero Oh Dae-Su and not Rooney Mara. Firth was offered the (wildly inappropriate) part of antagonist Adrian, and we all clenched our hands and hoped to the very skies that he would turn it down. He has. Whew.

Look, Spike, it’s about time you read the signs. No-one wants your remake, OK? The idea of Josh Brolin trying to recreate the infamous squid-eating scene with what will probably be some gourmet sushi is soul-burning, and as for tampering with The Corridor Fight Scene (you know which scene we mean) – frankly it’s grotesque. We’re certainly glad that we’re not going to have to watch Firth get around the final showdown by doing lovely English talking in place of any combat whatsoever (oh come on, he was never going to get gnarly), but the danger remains, ever hanging, like some horrifyingly relevant final narrative twist. Who’s next on your wish list? Anne Hathaway? Is that what you want? ‘Anne Hathaway stars in Oldboy as Adrian’? You’re sick. Just stop it, Spike Lee. Go back to making substandard films like Miracle At St Anna and leave Oldboy alone.

Previous: The Dark Knight Rises viral campaign begins
Next: Do we need to re-think kids films? A (sort of) defence of Eric Bolling