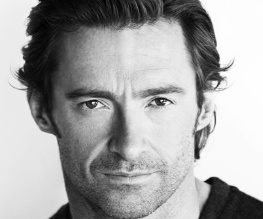 Aahh the civil rights movement. A perfect subject for action hero actors to get involved with in order to change the face of their career for potential Academy Awards. Who was the great shining beacon of hope for millions of people? Why, Martin Luther King of course. Why not have a pop at him, Hugh? (No pun intended).

On the 4th April 1968 Martin Luther King was killed by convicted murderer James Earl Ray. Ray was imprisoned and was sentenced to 100 years in the slammer (oh, America…). There have been conspiracy theories about King’s assassination ever since, and if President Kennedy and Marilyn Monroe taught us anything it is that we all love a good assassination theory. Hugh Jackman is teaming up with director Lee Daniels to make Orders to Kill with Jackman playing lawyer and activist William Pepper (who also wrote the book with the same title). Pepper made waves in America by suggesting that King was in fact shot by the military because of his objections to the Vietnam war (you don’t know man, you weren’t there!) and that Ray was convicted in a cover up operation.

This is not the first time that Jackman and Daniels have tried to get a film about the civil rights movement off the ground. Their previous collaboration Selma failed after they could not get the financing to support the project. Will that happen again on this film? Will it be the US government who stop them from telling what could be the truth? Oooohhh. Now THERE’S a story…