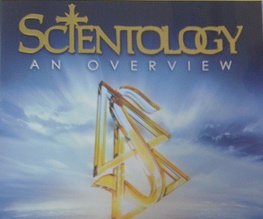 P.T Anderson, director of such films as Magnolia and There Will Be Blood, has announced that his new film The Master will focus on a story of a man who starts his own religon, and will star the wonderful Philip Seymour Hoffman as the cult’s charismatic leader.

Before you all leap up with joy screaming “YES! FINALLY! L.Ron Hubbard will get the fire-based comeuppance he deserves!”, calm down. In the face of such power and money, Anderson seems to think it’s best to stay vague. Though L.Ron and his baffling Scientology phenomenon is the obvious target, there’s no denying that he has an inexplicably large following including the likes of Tom Cruise and John Travolta. It’s probably best not to get on the bad side of those with enough money to have you drowned in a vat of diamonds. In Variety magazine he has hastily stated that the film is not focusing on any existing cult or religion, and more explores “the need to believe in a higher power, the choice of which one to embrace and the point at which a belief system graduates into a religion.”

So why set it in 1952, the very year that Hubbard started his ridiculous alien-and-cash orientated cult? It’s probably just a coincidence, right?

Previous: A Third Film? This Is Getting Riddick-ulous
Next: Di Caprio To Star As Jack Frost