The Raven Gets A Trailer 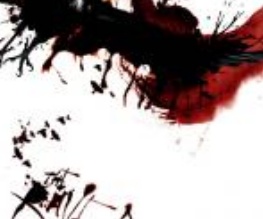 Remember when we reported that John Cusack would be starring in The Raven next year, which gives a fictionalised account of Edgar Allan Poe fighting tirelessly to stop a serial killer? A serial killer copying the dark deaths he imagined in his work?

It got a trailer: How amazing does that look? In fact, it almost looks like they pored Se7en and Sherlock Holmes into a blender, added a dash of literary intrigue and called it a day. It even has a big swinging axe; what kind of film critics would we be if we WEREN’T excited for the big swinging axe?

Sure, it’s simple and devoid of any historical accuracy. Sure, John Cusack looks just like Robert Downey Jr. in the detective film I dare not name for a second time. SURE, it’s a tried and tested formula of cat-and-mouse. But, hey, it’s got period costumes and gruesome deaths and an intriguing gimmick.

Quoth the raven: give us more!

Previous: Dirty Pictures
Next: New images from Girl With The Dragon Tattoo