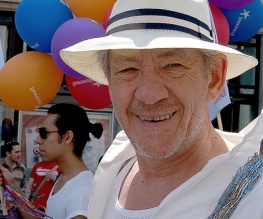 You may have picked up on a recent bit of harrumphing from certain quarters concerning Guillermo del Toro’s Hobbit film: namely, production has been delayed, it hasn’t been formally greenlit by any studio yet, ergo we’re never going to see it and the world will surely be engulfed by a cleansing fire should a hairy-footed teaser trailer ever make it to Youtube.

Well, to be honest, they’re Tolkien nonsense. Mighty Mighty Ian McKellen had initially hinted that filming would begin early 2010, but it’s now been revealed that is, in fact wrong. Filming could actually begin as late as… Spring! Yes. That might, at the outset, be a wait of another couple of months, surely sounding the death knell for this otherwise popular franchise.

More baffling is the hand-wringing that’s been going on regarding the as-yet-unconfirmed studio greenlight. OK, so we’re all well aware of the clout studios have, but if we can clear our mind of mindless geek-squealing for a second and look at things objectively, there really isn’t any need to panic. Think about it – this is the spiritual (if not chronological) sequel to the blockbuster-to-end-all-blockbusters with Jackson exec producing and much of the original cast returning. The director’s chair is going to be filled by the suitablt kickass frame of Guillermo del Toro. If studios aren’t scrambling for it they must be insane: chances are the canny Jackson is holding out for some as-yet unrevealed reason.

Either way, it ain’t the end of Middle Earth.

Previous: Bunny and the Bull
Next: Chico Time: The Movie?