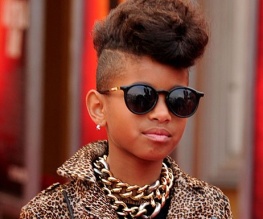 Will Gluck, director of films like Easy A and Friends With Benefits, is to direct Jay Z’s remake of Annie. The idea to remake the film came from Will Smith and Jay Z, as a vehicle to launch Smith’s daughter Willow into acting, while promoting her music. However, the film has been three years in the planning stages and now twelve year old Willow is considered too old for the part. Jay Z is to produce the film, and will write the music. The screenplay was originally written by Emma Thompson (who won an Oscar for writing Sense and Sensibility) but has now been rewritten by Aline Brosh McKenna of The Devil Wears Prada.

The search is now on for a new actress to play the part of Annie. Early predictions are Quevanzhané Wallis from Beasts of the Southern Wild or Amandla Stenberg, who played Rue in The Hunger Games.

The original story of Little Orphan Annie was inspired by a popular comic strip in the 30s that attracted adult readers because of its political commentary, but the re-imagined film is likely to leave all of that behind in favour of big musical numbers. In any case, we can’t wait to hear plans unfold.

Who do you think should play Annie? Let us know below.

Previous: World of Warcraft to be filmed by Moon director Duncan Jones
Next: Blade Runner screenwriter jabbers on about sequel