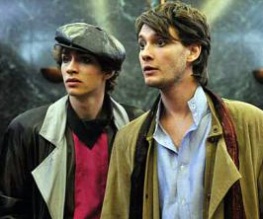 Imagine, if you dare, a world without U2. You see, U2 didn’t always exist, and even when they did they weren’t always called U2. They were called something else. Back then, when U2 were called something else, when they were normal, unknown people like you and me, there was another bloke who also wasn’t famous. This bloke, Neil McCormick, is now (sort of) famous – he’s the chief rock critic at the Telegraph. But back then he was merely a schoolmate, friend, and rival of the would-be Irish rock stars with musical aspirations of his own.

Killing Bono is based on McCormick’s memoir and is set, for a period at least, in punk rock era Dublin, that’s roughly the arse-end of the 1970s for anyone not up on their cultural history. Neil (Barnes) and his band The Undertakers briefly jostle with U2 for the top spot before Bono and his band mates blaze a trail to success and glory. After witnessing first-hand this meteoric rise of U2, Neil spends the following years trying to achieve similar success. His pursuit eventually takes him and his brother Ivan (Sheehan), bankrolled by a local gangster, to the magical, bohemian paradise of London. From the hub of their enormous decrepit flat Killing Bono tells of their creative endeavours as they are buffeted from record exec to record exec, attend glamorous rock star shindigs and, in true 80s fashion, reinvent themselves as a preposterously dressed pop-duo. Now I’m going to spoil the ending for you: they don’t make it. Killing Bono, then, is a story of an earnest struggle which ends in creative and commercial failure. While this might sound like a tragic tale of misplaced ambition it really isn’t. It isn’t because as well as being a creative failure, Neil is a complete arse. He lies to his brother, he cheats on his girlfriend and time after time he sabotages his friends’ ambitions. Consumed by pride from the beginning to the end, his character’s trajectory is a flatline of bitterness and jealously and his endless misadventures inspire only irritation and contempt. If it wasn’t based on McCormick’s own memoir you would think Killing Bono the most complete character assassination possible. And its representation of McCormick’s self-effacing honesty turns increasingly masochistic in its depiction of his arch-rival: Bono. Bono (Martin McCann), who appears irregularly throughout the feature, descending like an angel from heaven to offer counsel and assistance to the struggling brothers, is presented in such a sycophantic way his innocuous benevolence recalls a Hollywood star playing himself in a cameo role. Bono is portrayed as I expect Bono imagines himself – like Jesus with sunglasses. Between the saintly and selfish are a host of other characters who don’t make any impact whatsoever. Neil’s fresh-faced brother Ivan and his girlfriend Gloria (Ritter) don’t really serve any purpose but to enable Neil’s continuous frustratingly bad decision making. The train wreck of a narrative isn’t engaging, with only light relief from Neil’s horror show being offered by Peter Serafinowicz’s character, record exec Hammond and the notorious Irish gangster (Stanley Townsend) whom Neil is indebted to. The fact that the film’s most endearing characters are a murderous thug and a pompous record exec says it all.

Beyond this the film unevenly paced, major plot points are hurried, and the third act seems particularly rushed, with the two brothers shuttling confusingly between Dublin and London. And finally the conclusion is far from satisfying, leaving Neil and his brother literally in the middle of a field with only an epilogue of captions offered to tie up the loose ends.

Toby Young proved emphatically in How to Lose Friends & Alienate People you don’t have to be likable to write an entertaining memoir – all you need is some wit and insight. Sadly Killing Bono has neither.

Previous: WIN: 3 x THE BE ALL AND END ALL on DVD!
Next: Friday Drinking Game #8 – Die Hard 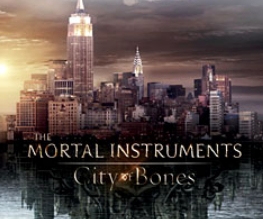