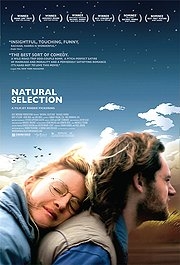 For years devoted wife and devout Christian Linda has lived her life for others; cheerful, well-spoken, nervous and ever-patient, her only earthly shame is that she cannot give her husband Abe a child. She’s fully accepting of the fact that he refuses to have sex with her as a result of her sinful barrenness, after all, it’s only fair. But when Linda is called to the hospital after her husband has a stroke and learns that for years he’s been making weekly liquid donations to the procreation bank, her entire world turns upside down. Not only has her husband been enjoying himself on grainy religious porn (“the meek shall inherit the GIRTH”), but a little investigating unearths the fact that her beloved husband has a child he’s never met. Tearfully kissing the coma-bound Abe, Linda swears that, if it’s the last thing she does, she’ll find his estranged son Raymond. Her glowing plan of reconciliation comes to rather a jolting halt when she finally finds the man she’s hunting for – Raymond is a law-dodging, drug-pushing, biker-baiting junkie who wants absolutely nothing to do with Linda or any of her “Jesus shit”. However, when da cops come knocking on his battered trailer door Raymond has a sudden change of heart – he’ll happily come meet his father, just as long as he and Linda leave now. Right now. Delighted, eager, excited and heart-breakingly trusting, Linda welcomes the hulking, greasy Raymond into her hatch-back positively fizzing with hope. The Lord has a plan after all. And this plan won’t be deterred by Raymond’s narrowed, bruised eye on Linda’s cash, keys and boundless optimism, right? Though Natural Selection treads the well-worn narrative of many road movies – two unlikely companions, the invariable hitches, the lessons learnt – its characters are so beautifully realised that it feels as if you’re seeing the genre anew. Rachael Harris is an absolute delight as the well-meaning, fragile and deeply sad Linda; a woman who has spent her entire life paying for a fault she had no control over, and though her fervent religious leanings at first seem like a cheap way to set up some easy laughs, her effortless likeability means it soon just becomes part of a character you really believe in. She is perfectly matched by Matt O’Leary; his gruff, grotesque but ultimately just as lonely Raymond is a perfect mix of wild-eyed arrogance, crass incompetence and sudden, desperate vulnerability. As the two make their way back towards the man that unintentionally caused their paths to cross, one by one their boundaries are broken, their perspectives shift and it isn’t long before both gently nudge the other towards realisations they never could have come to alone. The wonderful thing about Natural Selection is that writer and director Robbie Pickering knows how road movies end. He knows how they end, and is determined to surprise us – not for the sake of it, but because he’s aware that the characters he’s created deserve more than a tidy arc. His firm hand on the plotting means that your faith in the relationships in front of you is rewarded with genuine intrigue; a heartfelt, refreshing and honest ending that cannot help but satisfy even the most cynical of hearts. Natural Selection is ultimately a tale about the potential of our own strength, no matter what force inspires it. Go, watch, and have your faith rewarded.

Previous: Friday Drinking Game #24 – The Lion King
Next: Like Crazy 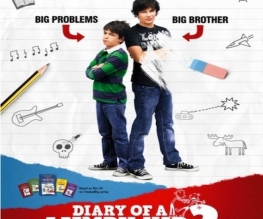