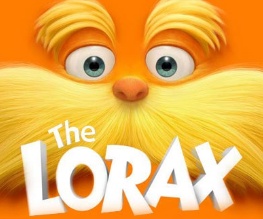 Imagine a world that looks like it has been created by Katy Perry on one of her cream-squirting-tit highs and then throw in all of the morals that a sandal-wearing, muesli-eating Guardian reader would bore you with during a dinner party. This is the world of The Lorax and you have to spend the next hour and a half there… Now, I like trees just as much as the next person, but come on! It all begins to wear thin very, very fast, especially as there is practically no plot whatsoever. Sorry Dr Seuss, you may want to start spinning right about now. 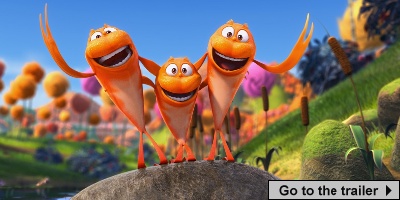 In the book version of The Lorax an old man called the Once-ler tells you (the reader) about his misadventure years beforehand with a strange creature called the Lorax and the truffula trees. Obviously this makes for a very short tale, so the powers that be decided to pad out the story by adding in Zac Efron as Ted, a young inhabitant of Thneedville. Kids like Zac Efron right? For what is essentially a film condemning the pursuit of riches, the producers decision for getting Efron involved stinks of greenbacks.

In this film version, Ted lives in plastic, artificial Thneedville where nothing real grows. He is in love with Audrey (Swift) who more than anything in the world wants to see a real tree and will kiss anyone who could get her one. With this deep bit of motivation, Ted sets off to find the Once-ler (Helms), a strange old man who deforested the crap out of the world in order to get rich selling his invention, the Thneed (a multi-way towel you can probably buy from Betterware). The Once-ler tells Ted about how the Lorax (Devito), a fuzzy, orange eco-freak who was supposedly the guardian of the forest, warned him not to chop down all of the trees but was ultimately powerless to stop him. Ted listens not all that politely and is rewarded with the very last truffula tree seed. The only problem is that evil billionaire O’Hare, who made his fortune selling fresh air to the people of Thneedville, is determined to stop Ted from planting the seed and overthrowing his empire.

Normally there is something for everyone in these sort of animated children’s films. Sadly this time around there isn’t anything for anybody. The messages are so heavy-handed that children (I imagine) would feel like they are being lectured at and the very few jokes that managed to make it into the script do little to capture the interest of anyone else over the age of ten. Essentially The Lorax feels like a show written by a group of sixth form drama students who believe that they are funny when actually it is a rambling, unstructured mess with only one or two highlights. Highlights like some cute singing fish and some fuzzy bears eating marshmallows. In eighty minutes that does not amount to much. There aren’t even any good songs to bop along to (we all bop, shhh). The opening sequence is a saccharine modern melody with a hip hop beat making me crave for the musical brilliance of long gone animations like Beauty and The Beast, heck even The Road to El Dorado (music by Elton John…) but instead we are forced to listen to ear-bleedingly bad strains set to lyrics such as “how bad can I be? I’m just building the economy!” A fat-cat banker would have slightly more lyrical prowess than that I am sure. I was less concerned by the 3D gimmicks flying at me and more worried about being knocked out by the flying moral messages which never stop coming. 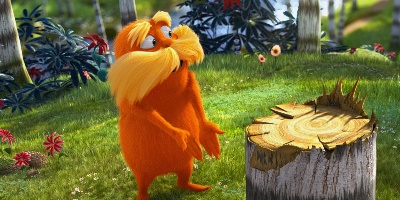 Morals are all that keep this film together in some sort of structure. In order to learn the full story of the Lorax from the Once-ler he has to go away and come back THREE times. In between are a few minute long segments of life in Thneedville which are completely unnecessary. Even the little children sitting in front of me were bored (although not to tears thank God) and I could tell they were thinking what I was, the makers of The Lorax are trying to squeeze blood out of a stone.

Children’s animation used to be a fine art, literally, with artists painting cells for years in order to create a beautiful film. I am not saying that there isn’t an art to 3D but something just makes it seem rather sterile, like Thneedville itself. Good films (not just children’s ones) should be able to weave in morals into the framework of the story not just shove them at you relentlessly. In short, The Lorax feels like a promotional movie made by Greenpeace. Maybe I’m too harsh, but whatever. Just call me the Grinch.
http://credit-n.ru/offers-zaim/denga-zaimy-nalichnimi.html http://credit-n.ru/offers-zaim/otlnal-microzaimi.html

Previous: Vanessa Hudgens to pop her Cherry in Machete Kills
Next: The Paranormal Incident