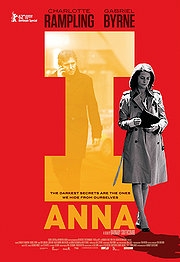 Charlotte Rampling stars as Anna, the femme fatale of the film. She attends a speed dating event, and goes home with a seemingly-charming man. The next day, this man is found bludgeoned to death in his apartment. The detective who arrives first at the scene is Bernie Reid (Gabriel Byrne). After a brief encounter with Anna as she is leaving the apartment building, Bernie becomes enamoured of the mysterious woman. Abusing his powers as a police detective, he tracks her down, not knowing that the case he is investigating revolves around her. As the truth begins to come out, and Anna’s facades begin to break, Bernie faces a conflict of interest between the case and his affections.

Central to the plot of I, Anna is a mutual attraction between Bernie and Anna. This is problematic, as we never really see this develop further than a little flirting. There is a little back-and-forth between the two when they meet in a singles bar, and it plays off rather well. These are accomplished actors who can do wonders with the script they are given. Unfortunately, they are given remarkably little after this scene. Conversation between the two over a dinner date is mostly solipsistic drivel about their failed marriages, and there is a definite lack of the type of romance one expects from a noir thriller. Anna is described as a femme fatale, but this is certainly not in the classic use of the term. She never seems dangerous, nor a tool for his self-destruction. Indeed, when Bernie begins to make professional mistakes on her behalf, they seem less like choices of passion and more a result of Bernie’s confused insomnia. 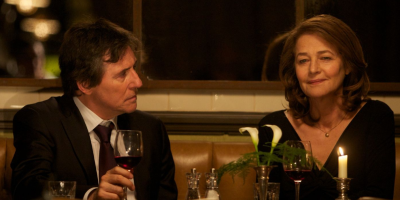 I, Anna was mostly filmed in London, and the cinematography uses the city to great effect. Much of the film is made up of browns and greys and dark blues, with an occasional splash of red. The effect is to create a sense of isolation and loneliness. It is by far from being a beautiful film, however. After a while these colours blend into a dull tableau – much like what is happening in the plot.

Nearly all of the interactions that Bernie and Anna have with the supporting cast feels oddly fake. Honor Blackman (Pussy Galore herself, last seen in Cockneys Vs Zombies) pops up to remind the audience that blowjobs exists, and a shallow Eddie Marsan gives a repeat performance of Lestrade from Sherlock Holmes. Occasionally the film remembers that it’s meant to be a murder-mystery, and attempts to create some sort of limp red herring in the form of the deceased’s ex-wife and son. They are both exceptionally painful to watch, and their storyline is bewilderingly pointless. It’s unbelievable, its incomprehensible and it goes nowhere. 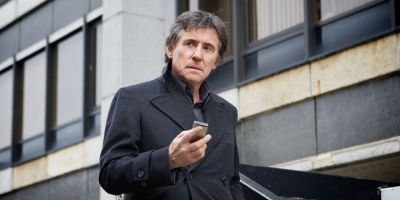 There is some interesting film-making in I, Anna. Anna wears a cast on her right wrist for most of the film, and as flashes of evening come back to her, she has her Lady Macbeth moment of trying to scratch inside the cast using coat hangers. The pain of her wrist fracture occasionally makes her double over, and this too reflects the unbearable truth behind her psyche. All of this is performed superbly. Every facial twitch by Charlotte Rampling appears calculated and meaningful, belying an enigmatic and disturbing personality. It is therefore a disappointment when we discover that this dark hidden soul is more akin to a damp rug than a Rubik’s Cube. 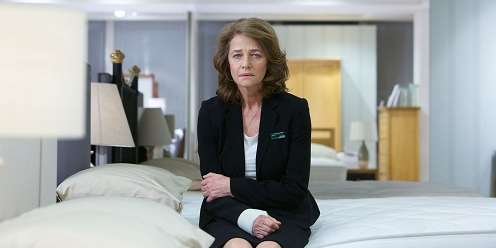 When eventually we discover the dark truth behind Anna’s life, it should invoke a powerful sense of pathos. Unfortunately, it just doesn’t play off. The final 20 minutes are tedious to the point of torture. Take heart, however, because a few hours after the credits roll and you’ll have a difficult time remembering if you even saw the film or not. I, Anna might have been worth watching for the central performances by Charlotte Rampling and Gabriel Byrne, but in the end you’ll be left wishing that they were acting in a better movie.