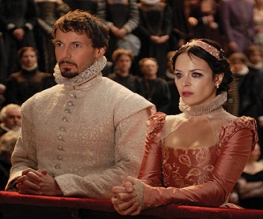 My God, real life’s undramatic. Throughout history people have died for nothing, been born for nothing and nobody – not one person – has got a witty quip in before their untimely comeuppance. Never does this seem to have been truer than 16th Century France; or, at least, German novelist Heinrich Mann’s version of it.

Henry of Navarre (Boisselier), a Huguenot, is arranged to marry Margot (Armelle Deutsch), sister to the delightfully unhinged King Charles IX (Noethen) and daughter of his manipulative mother Catherine de Medici (Hoger). Medici, eager to keep at least one of her sons in power, soon sees Henry as a threat to her influence as the royal puppeteer. With a heroic destiny set out before him, and with more than his fair share of detractors desperate for the crown to remain upon a Catholic brow, the film charts the ambitious King-to-be’s difficult path to the throne.

Director Jo Baier has done a commendable job of not only squeezing forty years of history into one feature film, but handily tying things up half way through in case his opus is split down the middle for television. Boasting an array of Machiavellian characters, a plethora of engagingly realistic battle sequences and a fleet of women more than willing to take their clothes off, Henry of Navarre is an accomplished addition to the glut of bloody, sexy period epics kick-started by Rome but since maintained by The Tudors and Camelot. However, while the beautifully outfitted and lovingly designed Henry of Navarre might be a visual treat, it is not entirely successful as a piece of drama. Although undeniably ambitious, the film itself is sprawling and cumbersome, the labyrinthine narrative short-changing everybody but Henry himself; the performances are of a high (if heightened) standard, but very few characters prove memorable in the melting pot that is medieval Paris. If the film’s 155 minute running time does not faze you at first, by the last act – and the last battle, the last murder, the last sexual conquest – its true size will really hit home, begging the question as to whether this historical epic too might have been better suited to a full television series.

Gorgeous, sexy and gloriously visceral, Henry of Navarre is a true feast for history buffs who like a side of theatricality with their European history. At two and a half hours, however, this is period indigestion at its most self-indulgent. One hour Henry is a child washing shit off his pants following his first battle, then he’s a teenager for all of one montage; when it comes to the King of Navarre, time really does fly like a roasted chicken. 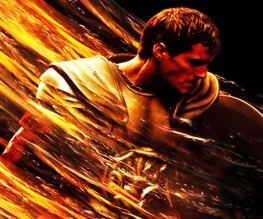 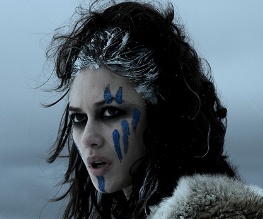