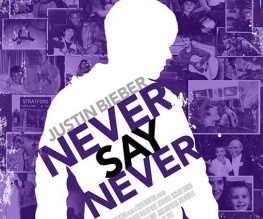 What is it with America and cults? When they’re not rebooting the Bible with added chapters, taking out alien insurance or faking moon landings, they’re championing fourteen year old boys into the very heights of celebrity and bursting into tears of dubious lust every time he dares to brush hair out of his eyes. As Bieber is chased down the street by his own personal Children of the Corn, one thing quickly becomes clear: Bieber has everything, and he can bloody well keep it. Skipping the Mickey Mouse club and serendipitously landing himself in Usher’s tutelage, there is no denying that Bieber is genuinely talented, a small fact that lends this extra dimensional cash-in some much needed credence – even if not fully justifying the movie’s titular cod-philosophy. Never, young millionaire, is an awfully long time.

First and foremost might I say that there is no reason for this biopic to be in 3D. Dropped by An Inconvenient Truth‘s Davis Guggenheim so that he could focus on promoting Waiting for “Superman” with some semblance of dignity, Justin Bieber: Never Say Never was instead directed by Jon Chu, who had recently finished bringing Step Up 3 into the third dimension. While there are some nice moments generated by the singer’s confetti-strewn My World Tour and a quirky visual flourish that gives twitter its long overdue close-up, the sheer amount of archive footage jars distractingly with the specialist camera’s pristine 3D miniaturisation.

Elsewhere, however, Jon Chu does a decent enough job, playing to his target audience without ever surrendering to the phenomenon itself. More of an unofficial biography than a warts-and-all documentary, Bieber’s interaction with the camera is minimal, leaving his entourage of friends, family and peers to humanise the tween idol on his behalf. While we learn that Bieber likes the colour purple and isn’t the biggest fan of his vitamin supplement, the singer spends more time on stage than he does off, displaying about as much personality as one of his golden microphones.

Unlike This Is It, Bieber’s presence isn’t as fundamentally stamped on his docu-concert, Bieber remaining the butter-wouldn’t-melt wunderkind throughout. The truth is that Chu simply doesn’t have enough life experiences to draw from, the year-long struggle endured by all in Beiber’s rise to stardom referenced but never felt. Alive for all of five minutes, Never Say Never is a strangely drama-free This Is Your Life – a brisk greatest (three) hits that deprives the singer of a believable underdog story of his own. While the biopic may refrain from pulling punches with Bieber himself, however, it wastes no time in showing his many would-be suitors for the drooling obsessives they really are.

While I remain immune to Bieber fever or conjustinitus or whatever it’s called, I was by no means unentertained by Never Say Never. Though the content is consistently terrifying, as a stadium full of devotees link their fingers into a million desperate hearts, and cheesey, as the entire outfit engage in ritualistic prayer, the harmless direction is suitable consolation. Though not as unexpectedly memorable as last year’s Michael Jackson tribute, Never Say Never does catch something in its well structured countdown to the Madison Square Garden concert that marks it out as a cut above Disney’s own documentary phenomena; it’s just a pity that that something is genuinely frightening child hysteria. 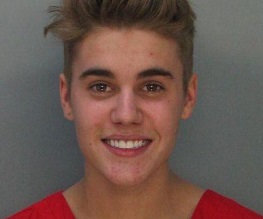 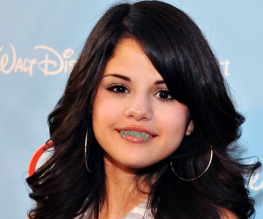