If there’s one thing I’ve learnt from 3D Sex And Zen, it’s that sex is awful. Women hate it, the men only do it cos they’ve got some score to settle, and it usually ends with someone dying. I can’t believe I’ve only just noticed. To be fair, they do say that good eroticas make you never want to have sex again, so kudos to you, Christopher Sun – you have quite the gift.

So, where to begin. Well there’s a story for the first twenty minutes or so, so let’s start there. A young gent named Wei marries a young lass named Tie, but sadly their sex life gets off to a tricky beginning when Wei discovers he’s got some issues in the endurance department. Deciding he needs some coaching, he goes to Some Temple In A Cave somewhere, and is taken under the wing of A Sex Man who helpfully owns, like, all the women. Promising to give Wei the education he needs so badly,Sex Boss asks only one thing in return – Wei’s faithful service for ten years. That sort of sounds like a premise, doesn’t it? There’s quite a lot of ninjas, is the only thing, and I’m not really sure I’ve got that across. Also there’s A Sex Elder, who’s like, evil? Evil for some reason? And… and it’s a man, but with a woman’s body, but also with a 15 foot penis that’s sometimes a toy snake. And there’s this plate that’s very important. And also, Wei’s wife is raped rather a lot, sometimes by men, sometimes by some metal blades, but don’t worry so much about that, because donkey penises are really hilarious.

Now, I’m all for a plot that doesn’t make sense. Hell, I’m pretty sure that if erotica makes sense, it stops being bloody brilliant EROTICA and just becomes an ultra-lame FILM, so why on earth should it hold back on the crazy, right? Well, mainly because 3D Sex And Zen is over two hours long; trust, the novelty value of a totally nonsense story wears thin about an hour in. Yes there’s lots of nice 3D boobs, lovely limbs and coquettish smiles – all good stuff – as well as the obligatory mad crap that keeps you perky (LOL a fountain shaped like a penis! LOL a penis-operation! LOL a penis operation GONE WRONG! LOL SUBTITLES SOMETIMES DON’T WORK) but fairly soon it starts to feel like someone’s just shaken a box labelled Most Hilarious Hen Night Accessories Ever over some strangers and asked them to improv an X-rated panto baddy. But still, tis all in good fun, right? Right?

Now. Comedy rape. The problem with comedy rape, I’ve noticed, is that it’s rather tricky to get right. Sex, rape’s infinitely more hilarious brother, is a veritable well of potential comedy, but sadly there’s just something about rape – I think it’s the utter, utter horror of it – that means that it’s difficult for the funny to shine through. Throughout 3D Sex And Zen, women are forced into sex they don’t want to have, hit, dragged, whipped, sometimes physically mutilated or indeed killed (killed?!) by the force of their suitor’s angry ardour. Yes, it’s ridiculous. Yes, it’s deeply unlikely that anyone would attempt to recreate the action of raping a shrieking group of women with an oversized animal penis that’s been grafted onto their genitalia. But that doesn’t make its inclusion any less baffling.

This is supposed to be a saucy comedy sex-jaunt; how is it possible that so many scenes of deeply violent sex were ever on the cards? The universal flippancy about its undeniably dark subject matter is almost the most upsetting part – yeah The Killer Inside Me showed graphic scenes of violence, but it did it to make a point. The violence, the endless bloody violence and women crying and wailing, screaming and on and bloody on in 3D Sex And Zen just seems to be part of the fun. It’s possible that you wont watch the version I did, seeing as the BBFC has taken out the scenes it feels are too offensive for UK audiences (I’m guessing the rather jolly circular-saw-in-vagina section has been nixed), but the fact is, they were there. And, to be honest, that’s just not on.

Maybe it’s something to do with being a girl. I hold my hands up, maybe it’s ridiculous that I’d expected a sexy-romp that celebrated the fun of sex for both genders, rather than making it seem like a sweaty and unpleasant two-person war. Grafting on a hasty “monogamy rulez OK!” morality onto the ending almost adds to the insult – laughable justification for two hours of deeply disappointing, morally absent nonsense.

Tags :3D Sex And Zen: Extreme EcstasyeroticaThe Killer Inside Me 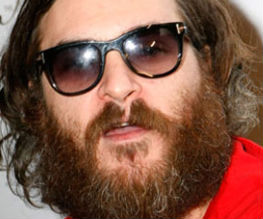