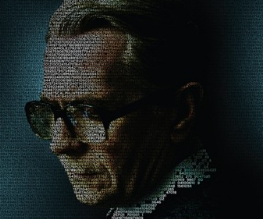 Tomas Alfredson’s Tinker Tailor Soldier Spy has been on our most anticipated list for some time now. Not only does it star All The People In The World, it also ACTUALLY stars Gary Oldman LOOKING A BIT LIKE BILL NIGHY. So, yeah. Winner. Working Title have released a second trailer, and it just looks bloomin great. Did we mention we were fans?

The premise is as follows (recommend reading the following with “scary voice” mode activated):

The man he knew as “Control” is dead, and the young Turks who forced him out now run the Circus. But George Smiley isn’t quite ready for retirement-especially when a pretty, would-be defector surfaces with a shocking accusation: a Soviet mole has penetrated the highest level of British Intelligence. Relying only on his wits and a small, loyal cadre, Smiley traces the breach back to Karla-his Moscow Centre nemesis-and sets a trap to catch the traitor.

Admittedly, though the story sounds like meaty good fun, it’s the stellar cast that’s really got us intrigued. And it’s nice to see a trailer with Colin doing a proper accent *cough* Main Street *cough*. Out September of this year, you might as well watch it, seeing as it’s got “OSCAR FOR GARY” written all over it.