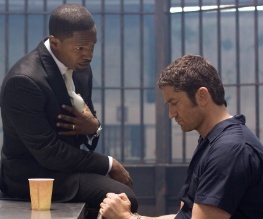 Previous: Alvin And The Chipmunks: The Squeakquel: DVD Review
Next: 2012: DVD Review