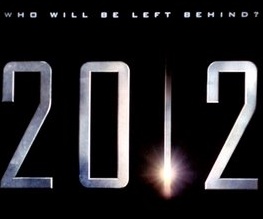 Regular visitors to Best For Film will know that we’re a little bit sceptical when it comes to films that rely primarily on CGI effects to impress. Add to that we’re not exactly smitten with the oeuvre of serial planet-abuser Roland Emmerich (seriously, the guy’s destroyed the planet so many times he makes Galactus looks like a sulky toddler in a sand pit) and 2012 isn’t exactly the kind of film we usually look forward to.

Would your world end without 2012? Let us know below…