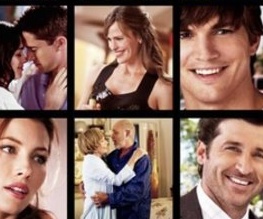 With not only plot, but entire characters stolen from the far superior Love, Actually, this film is a prime example of why this Hallmark Holiday should be done away with once and for all. Much like the day itself, the film is fluffy, commercial, big-budget and totally impersonal. Two hours isn’t long enough to fully develop more than 20 major protagonists and their storylines, and Garry Marshall’s film comes across as little more than a group of badly written V-day cards; shiny, rushed and with all the subtlety of an owl flying into a window.

Some of the plot strands are hopelessly contrived and characters, such as Biel’s lonely workaholic, could have been cut entirely. However, with so many characters thrown at the dart board of our brains something has to hit a mark, and there are at least some charming distractions such as Julia’s revenge for a betrayal, and the interplay between MacLaine and Elizondo, which comes to a head at an open-air film screening of the 1958 film Hot Spell. But to be honest, these moments total probably about 7 minutes of a film significantly longer than 7 minutes.

Let us help you out here, don’t buy Valentine’s day, unless you want to a) Be poorer b) become angered by the world and c) suddenly feel that your relationship (if you have one) is horrendously underwhelming. If that was the effect you were going for anyway, then good luck to you. Suddenly, those bears we talked about earlier look a lot more appealing. Maybe next year we’ll just stick with them.

No. Look, I don’t care if you want them. DON’T BUY THIS FILM, alright?