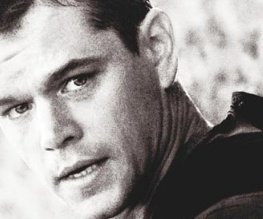 Award-winning British filmmaker Paul Greengrass and actor Matt Damon; the driving forces behind The Bourne Supremacy and The Bourne Ultimatum, posit one scenario in this riveting thriller set. Based on the book Imperial Life In The Emerald City: Inside Iraq’s Green Zone by journalist Rajiv Chandrasekaran, Green Zone is a breathless two hours of adrenaline-pumping action and political manoeuvring that places as much emphasis on emotionally charged dialogue as the set pieces.

The film opens with a deafening bang on March 19, 2003 in Baghdad as Saddam Hussein’s trusted general, Al Rawi (Yigal Naor), flees his headquarters in the midst of an Allied blitzkrieg. Four weeks later, US Army warrant officer Roy Miller (Damon) and his team careen through the war torn capital on the hunt for WMDs. Yet again, they draw a blank and Miller voices his frustrations, suspecting bogus intelligence. A tip-off from a disgruntled local, Freddy (Khalid Abdalla), leads Miller and his crew to a meeting of Saddam’s high-ranking advisors including Al Rawi. The general escapes but another man is apprehended and Miller uses Freddy as a translator to interrogate the suspect about a notebook in his possession. “He says the book has names and locations of El Rawi’s safe houses”; reveals Freddy. Returning to base, Miller bypasses scheming Pentagon official Clark Poundstone (Greg Kinnear) and his minion Major Briggs (Jason Isaacs), and delivers the book to local CIA chief Gordon Brown (Brendan Gleeson), who asks for discretion. “I thought we were all on the same side,” replies Miller. “Don’t be naive” mocks Brown.

Green Zone is distinguished by Greengrass’ tour-de-force direction, galloping through the streets of Baghdad with handheld cameras so we remain uncomfortably close to Miller as he risks his life for a country he was entrusted to tear apart. There is no better director of action sequences and we really feel like we are ducking for cover from enemy fire as pyrotechnic mayhem erupts around the cast. Damon delivers a passionate performance as a soldier with a conscience, who doesn’t understand the full extent of the conspiracy. Kinnear and Gleeson relish their roles as duplicitous political pawns and Abdalla curries sympathy as the Iraqi interloper, enraged by the arrogance of his so-called American saviours. “It’s not for you to decide what happens here,” Freddy tells Miller. We are certain his words will fall on deaf ears because the West knows best. Doesn’t it?

The goodies and baddies are a little too black and white for our liking, seeming to suggest that the West authorities fundamentally wants to f*** up everything and everyone. But nevertheless, this is a brilliantly made action flick, with enough behind it to make you leave with a few questions of your own.