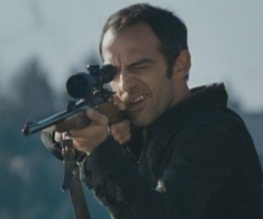 Rafi Pitts plays Ali, a factory worker forced to work the night shift because of a less than salubrious prison record. Any dreams of spending more time at home with his wife and daughter are cut short when the two are killed in a shootout between insurgents and the police, and Ali makes a violent decision that will turn him from hunter to hunted.

The countless hours in a waiting room, trying to question an unhelpful policeman as to the whereabouts of his family send Ali over the edge, and we see the progression of a man from silent factory worker to silent killer. He feels forced to move his hunting habit from deserted woods to the motorways of Tehran, and we see him casually aiming at a car, about to shoot before seeing a better target: a police car. The ramification of shooting police officers is not lost on Ali, and he escapes to the place he knows best – the bleak, desolate woods of Tehran. However, the once empty woods are now filled with police, and after a pretty epic car chase in thick fog Ali is captured by two officers who embody the good cop/bad cop stereotype. The younger man is only on the job to fulfil the requirements of his National Service, and is sympathetic to what he sees as a man pushed to the edge. The older cop, however, is not quite so understanding, using the law to indulge his own ideas of morality and insisting that Ali should be shot because it would speed up the judicial process. The film is dedicated to the memory of Bozorg Alavi, an Iranian political writer, and political allusions to insurgency in Iran are effective without being too obvious. Sound and cinematography are both successful; the soundtrack is of a lone electric guitar and drum beats occasionally punctuated by gunfire, and the editing is varied and interesting. The colours of a fairground, neon with gaudy flashing lights, contrasts with the dull grey forest, lending an expressive, neo-realist quality to the visual landscape. These are all good qualities, but unfortunately The Hunter merges two genres and fulfils the quotas of neither. The sparse dialogue was presumably envisioned by Pitts to add more complexity to a thriller, but it comes across as if he didn’t have any time to learn lines, and the chase scene tails off towards the end. The hunter becomes the hunted, but an emotionally stunted performance from Pitts means we can’t ever really care.

Previous: A Little Bit Of Heaven
Next: Rabbit Hole 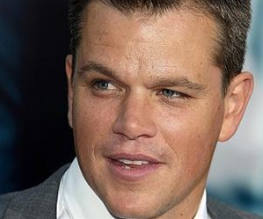