Best For Film recently posted a review of Kenton Bartlett’s indie drama Missing Pieces. The film, currently seeking distribution, tells the story of a brain-damaged man who hatches a bizarre plan to win back his estranged wife by kidnapping two youngsters and forcing them to fall in love. It’s an imaginative, curious little film which was made for a budget of $80,000 (that’s the sort of number that would make Jerry Bruckheimer laugh scornfully then faint – “But how will we pay for all the explosions?!?”). Despite the lack of funds and its ambitious premise (involving panoramic locations and – actually – the odd explosion) Missing Pieces has a professional, polished quality. It’s very easy to go into a cinema these days, watch a film, casually dismiss it as awful and never give a second thought to the hours and hours of painstaking work that have gone into it. Recently, following the flop of the Conan the Barbarian remake, its writer Sean Hood went public about but how much time and energy goes into these productions: “Any film production, like a long grueling campaign over months and years, is filled with crisis, compromise, exhaustion, conflict, elation, and blind faith that if one just works harder, the results will turn out all right in the end”. It is perhaps most important to remind yourself of Hood’s words when watching a film like Missing Pieces, directed by a first time filmmaker with no connections and a tiny budget. On top of that, Missing Pieces is a whole lot better than Conan the Barbarian.

Bartlett, now twenty three, was born and raised in Birmingham, Alabama. Never particularly interested in cinema, Bartlett says he didn’t pick up the camera until university. Unlike most of us, who spent our university careers drinking and lying down, Bartlett became interested in directing and – after borrowing a camera from the school – made a number of short films, eventually beginning work on the feature-length Missing Pieces in 2008. That’s right, people, while you were casually Googling the new cinema releases and deciding which Matthew McConaughey/Kate Hudson romcom you were going to download, Kenton Bartlett was actually out there in the wide world, making an actual film. So where exactly did the idea for Missing Pieces come from? When asked, Bartlett claims that a major consideration was money, which meant he was keen to film outside: “filming in big, outdoor locations […] gave our movie production value”. Big stuff aside, the details of the story came out of personal experience. Bartlett talks candidly about his inspiration, admitting, “Part of it was trying to give myself a pep talk. College wasn’t my favorite time and it was nice to vicariously write someone like myself finding a girlfriend […]I’m a fan of personal movies, and if a story comes from some place real, hopefully it can affect someone in a real way”.

Writing for the film finished in January 2009 at which point the production began. During the casting process, Bartlett – in his own words – “politely pestered 100 actors” (we’ve all been there) over six or seven months until Mark Boone Jr (Batman Begins, Sons of Anarchy) and Melora Walters (Big Love, Magnolia) agreed to come on board. For the other two leads – the young loners who are the subject of lead character David’s plan – Bartlett sent out audition notices, asking people all around the US to upload audition videos to YouTube. During this time, Bartlett and friend Jonathan Arturo – who worked as cinematographer on the film – read over ten years’ worth of cinematography manuals in order to teach themselves how to go about making their film (man, that is dedication). Preparation aside, the actual production of Missing Pieces also proved a challenge. Initial filming took place in Alabama, but then the team piled in a car (which broke down a total of twelve times) and travelled around to get the rest of the shots, moving through Kansas, South Dakota, Colorado, Utah and Oklahoma (for those of you unfamiliar with American geography – that’s far). During post-production it then became clear that a lot of reshoots were required. These were difficult and time-consuming and once those had been finished Bartlett was left with what he refers to as a “Swiss cheese movie” (i.e. full of holes, those of you who aren’t cheese aficionados like we are here at BFF). Bartlett admits that during the production of any film “There’s a lot of room for things to go wrong and in our case everything did go wrong,” adding optimistically, “You just keep going”.

Evidently, the process has been a long, difficult struggle from start to finish and Bartlett must be made of stern stuff to have persevered for so long. But he remains modest, praising the hard work of the 600 people involved in the production and claiming “It’s just such a team thing”. Despite having survived the production of his film, though, Bartlett is still struggling – now to get his film seen and to raise enough money for his next project. It’s evident that money worries are at the forefront of Bartlett’s mind. When asked about how long he has wanted to be a filmmaker, he replies “My home background and upbringing was not geared towards the arts, so I never thought it was a possibility – and if we can’t figure out how to sell Missing Pieces, it might not work out for much longer”. He also expresses frustration about his new project, When It’s Cold – “a mix between a modern It’s a Wonderful Life and Blue Valentine” – saying “It would be great to jump in and get started back on creative work as soon as possible; we’re just stuck financially at the moment” (incidentally, if you’re feeling generous When It’s Cold is currently accepting donations). At the end of our interview, I mention how refreshing it is to see a film like his being made amidst the blockbuster sequels and reboots that dominate the cinema. Bartlett acknowledges my point and replies despairingly, “When we inquired about selling Missing Pieces to a major studio, they would not accept a film unless it was a sequel or a franchise”. Here’s hoping someone takes the initiative to buy and distribute his film. It would certainly be a shame if this was the last we saw of a very promising young director. But something tells me that someone as determined as Bartlett will go far. 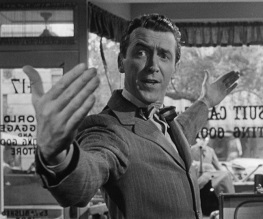