The father of Psychoanalysis, Sigmund Freud, was once asked if his dedication to cigars were, perhaps, indicative of some sort of phallic obsession. In reply, Freud gave this legendary quote: “Sometimes a cigar is just a cigar”. 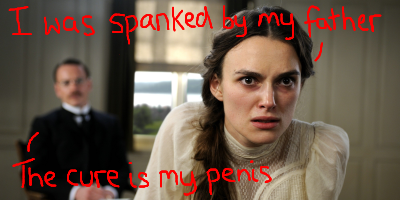 The obvious choice to start your misadventures with Freudian psychology in film. David Cronenberg‘s “historical” film A Dangerous Method explores the relationship between Sigmund Freud, Carl Jung and their patients. Although the film received mixed reviews, which had a lot to do with Keira Knightley‘s overacted hysteria undercutting the amazing performances of Viggo Mortensen as Freud and Michael Fassbender as Jung, A Dangerous Method still provides excellent insight into the complexities of Psychoanalytical therapy, as well as highlighting how equally batshit crazy the therapists could be. 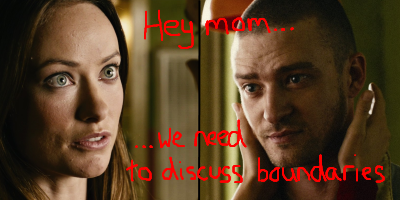 That’s not the only Freudian part of the film. When JT first meets time-gazillionaire Cillian Murphy, he trots out his entire family, stating how it’s hard it is to distinguish between his wife, daughters and granddaughters anymore. Talk about keeping it in the family, Cillian. That’s quite a freaky harem you’ve got going for yourself.

In Time actually had a great premise, and it’s brilliant right up to the 15 minute mark, at which point it commits suicide in a swathe of suggested incest. 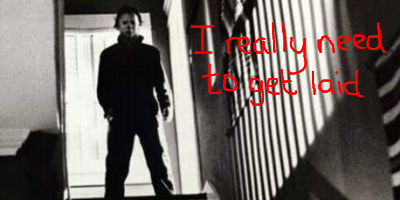 The John Carpenter classic Halloween is much more intelligent than what the slasher genre would later become. Michael Myers (The Love Guru himself) is all sorts of messed up from his childhood, when he witnessed his sister copulating and stabbed her to death in his confused pre-sexual rage. This extreme sexual dysfunction dominates Myers’ motivations throughout the film. It is his inability to come to terms with his sexuality that makes him transform into Captain Stabby, hence the nature of surviving heroine Jamie Lee Curtis – she’s the stereotypical virginal teenage victim, afraid of boys and of sex, and thus, in horror-movie logic, deserves to live. That’s more than we can say about those dirty teenagers who choose to do it in vicinity of an escaped psychotic murderer. 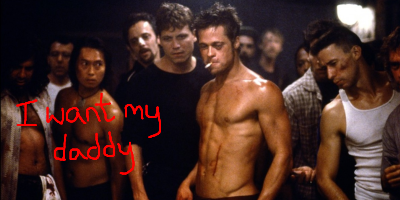 Split personality disorders aside (spoiler alert rescinded because if you haven’t seen Fight Club at this point in your life, then what the hell have you been doing?) the emotional and developmental problems inherent in every male in the film are down to their relationships with their fathers, or rather lack thereof. Without the ability to resolve their Oedipal complexes, this generation of disenfranchised men reject all social norms and expectations. Edward Norton is also clearly repressing his homosexuality – this manifests itself in the most badass and beefy way imaginable. If only all severe psychological disorders looked like Brad Pitt we wouldn’t have drowned out our psychoses with frequent film blogging.

You might also consider Brad Pitt to be the Id and Ed Norton to be the Superego, the Ego of Tyler Durden being torn between the two.

Or you can just watch this awesome film without thinking about it too hard. The choice is yours. 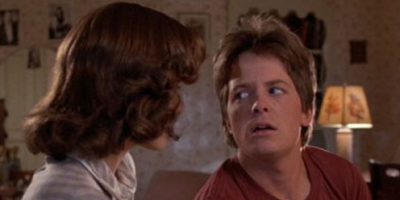 “When I kiss you, it’s like I’m kissing… my brother.”
Gross. No wonder Disney passed on it. Imagine raising your son, only to realise when he reaches sexual maturity that he looks exactly like that guy you almost boned in high school. 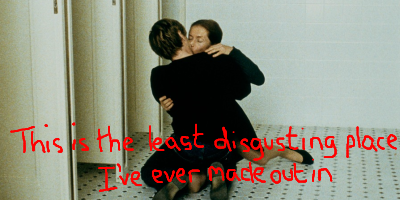 Michael Haneke is the master of capturing severe psychological problems on screen, and German piano teacher Erika Kohut (Isabelle Huppert) is no exception. Uptight, cold, with an over-bearing mother and an insane father, she is a classic example of both the Elektra complex and Re-absorption Fear (which is exactly what it sounds – the fear of being sucked back into the womb. Cheers for that mental image, Anna Freud). Her repressed sexuality manifests itself in a number of paraphilias; voyeurism, sadomasochism and self mutilation, the highlight of which is when she visits a porno store and sniffs used tissues in the bin. Now that’s a classy lady. Give it a watch, it’s a great film, and makes a reasonable case for moving out of your parent’s house and chemically castrating yourself.

A film that explores themes similar to The Piano Teacher is Black Swan, a must-see for any intrepid Psychoanalytic voyager. 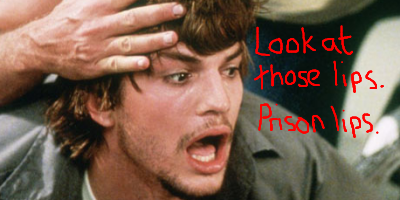 There’s something undeniably naff about The Butterfly Effect, but it’s strangely charming, a lot like co-star Amy Smart. Evan Treborn (Ashton Kutcher) has the ability to jump into his past via his diaries. He starts messing with time, but all does not go to plan, and we watch Mr Kutcher thoroughly test the theory that traumatic events in our childhoods can severely effect our psychological condition  and ability to form healthy relationships as an adult. The Butterfly Effect features child abuse in a dirty basement, suicide, baby murder, dog murder, a guy getting shanked in the happy-stick, Cameron Bright’s face, a double-amputation, and the fat bully from Boy Meets World participating in oral sex. This is one hell of a Freudian film… 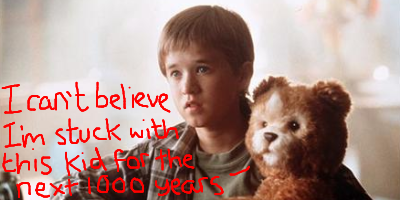 A.I. – Artificial Intelligence is a massively underrated film. Cute little robot David (Haley Joel Osment) develops sentience through his unique ability to love his mother. You can see where this is going right? His adoptive father is cold and distant, whereas his mother genuinely begins to develop feelings for her bag-of-bolts boyo. David’s sense of self is actually created by his mother, an idea deeply wed to Psychoanalysis. In terms of egos, Mother is the first other, and this defines our own psyche, at least according to that Viennese pervert Freud.

If we had a choice, we’d probably prefer to be Jude Law‘s lovebot, Gigolo Joe. We may not have a sense of self or the ability to love, or a believable hairline  but we’d get so much ass. 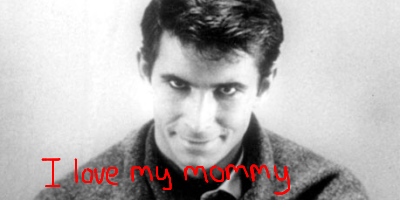 The classic Oedipal serial killer IS Norman Bates. Every Freudian serial killer since has been in some way influenced by Alfred Hitchcock‘s Psycho. Good ol’ Norman is emotionally abused by his overbearing mother, who teaches him that all women, bar herself, are repugnant whores. This cheery motto has fantastic repercussions on his psyche of course, leading him to murder his mother, then a bunch of other soapy naked people, assuming her personality to carry out the atrocities. We all love our mommies, of course, but none so like Norman Bates. 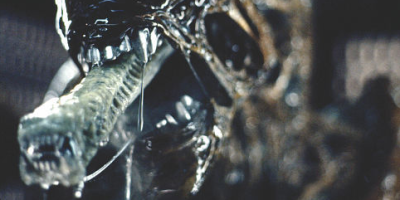 There’s so many classic Freudian and Jungian symbols in Alien that it’s a little overwhelming. Do yourself a favour and watch the film while trying to identify every phallic/vaginal symbol, or Oedipal reference. You can probably drop that Freud and Jung 101 class at University and pass the exam just by citing this film.

One of the best moments is when Tom Skerritt asks the ship’s computer, “Mother”, for help, and all he get’s back are terse and perfunctory rejections. What’s the bet that Norman Bates spent some time on the mining ship Nostromo?

Here’s the classic chestburster scene, spliced with cat noises to take the edge off:

What other films have major influences from Psychoanalysis? Let us know in the comments below!

Previous: Brad Pitt and Michael Peña share in the Fury
Next: A Hijacking