In celebration of NASA’s triumph of science, we’ve put together The 10 People Curiosity Will Meet on Mars. As the godfather of the Stuff from Mars genre, we thought we’d start with an H. G. Wells quote from 1898 (that’s, like, a hundred years ago). If you like, you can imagine it intoned by Morgan Freeman:

Yet across the gulf of space, minds that are to our minds as ours are to those of the beasts that perish, intellects vast and cool and unsympathetic, regarded this earth with envious eyes, and slowly and surely drew their plans against us… 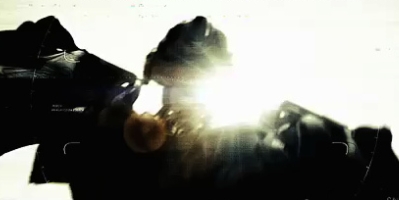 Yep, not a person. Straight off the bat we’re making anatomical errors, but they’re sentient robots and we reckon they count. In Transformers: The Only Good One When There Was a Plot and Megan Fox we’re shown 13 seconds of the footage that the failed Beagle 2 mission relayed to Earth before it was destroyed by a Decepticon. People got very upset about the fact that Beagle 2 was inaccurately portrayed as both a rover and NASA project, when in fact it was a British spacecraft. They’re right of course, no one likes glaring scientific inaccuracies in a film adapted from a Japanese toy. 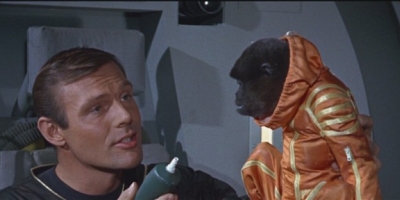 Back in 1964 it was probably pretty original to pick a noun and follow it with on Mars; I bet they were really chuffed when they came up with Robison Crusoe on Mars. It’s exactly the plot of the Daniel Defoe novel except with more space. Colonel Kit Draper finds himself stranded on Mars with only a monkey for company, learns to make oxygen and befriends a slave called Friday. 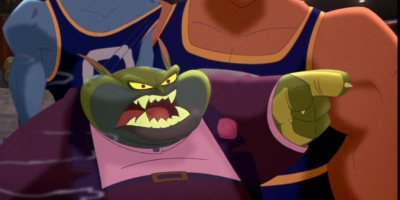 Yeah, okay, so Danny DeVito‘s character actually gets shot to the Moon by the Nerdlucks at the end of the basketball game, but Moron Mountain could easily be on Mars and we just wanted to talk about Space Jam because it’s just so good. What with Virgin Galactic already offering you the chance to book with one of their ‘accredited space agents’ for your Spaceship Charter ($1 million, an exclusive spaceflight for you and five friends) surely the interstellar theme-park is only just around the space corner.

Also it’s got an anthropomorphic rabbit that we sort of fancy. That’s not Jason Statham, that’s a man called Big Daddy Mars, which sort of tells you everything you need to know about John Carpenter’s Ghosts of Mars; a tragic fall from grace from the man who made Assault on Precinct 13, Halloween, The Fog and The Thing. Jason plays a Martian police officer and his picture’s not as exciting. It’s the late 22nd century and Mars has been 87% terraformed so that humans can walk and talk and breathe and stuff. We’ve colonised Mars and we wear a lot of rubber, but otherwise there’s been very little technological development and we still mine with pick axes. Jason and his team arrive at a desolate mining town to pick up a prisoner (it’s Ice Cube), only to discover that the entire town are possessed by the spirits of an ancient Martian civilization. Nightmare. It’s Assault on Precinct 13, but set in space. And made rubbish. 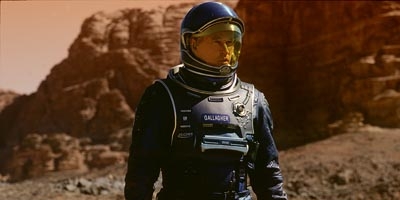 It’s a hundred years earlier than Ghosts of Mars and humanity is doing it’s best to terraform Mars after doing a botch job of looking after their own planet. Val is the systems engineer on the ship sent to find out what’s going wrong with the terraforming program involving populating Mars with algae. Turns out the algae has turned into a breeding ground for flesh eating bugs. Carrie-Anne Moss (Trinity from The Matrix) is the ship commander, falls for Val and has a naked space shower and there’s some impressive CGI of a fire accurately burning in space, but the rest of the film is pure nonsense. NASA were asked to be scientific advisers, read the script and said “Yeah, you guys go ahead and make your movie” (that’s a direct quote from NASA). Almost every element is scientifically inaccurate; congratulations director Andrew Hoffman on Red Planet, the first and last film you ever made. He’ll be there. He was kidnapped in 1964 and forced to take part in the worst film ever made – Santa Claus Conquers the Martians. The Martians decide their children aren’t experiencing enough freedom of thought on account of not having a bearded patriarch, so they capture Santa and bring him to Mars. There’s a fight, or something. Look at how hopeless that robot is, he’s literally a box covered in tinfoil, you’d be embarrassed to wear that to a party. 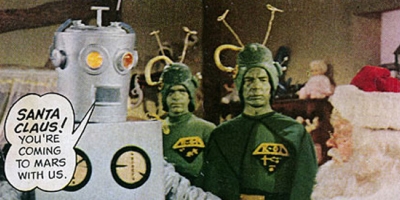 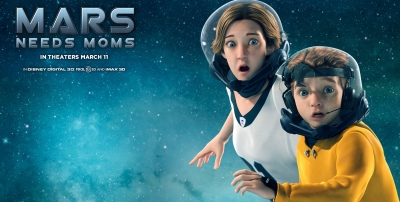 Yet more kidnapping from those pesky Martians. This time they’re kidnapping moms to raise their young because, you know, Mars Needs Moms. “Hey guys, what shall we call this one?” “I don’t know, what’s the premise?” “It’s about Mars…it…needs Moms…”. Milo’s mom is captured by Martians so they can harvest her momness – they’ve been watching her for a while as part of their eugenics program – but Milo stows away, saves her, introduces co-parenting to Mars, experiences an inter-species galactic love triangle and everyone goes home. This 3-D motion capture animation was MADE LAST YEAR, by DISNEY it’s got Seth Green and Joan Cusack in it, and you’ve never even heard of it. That’s because its hallowed Wikipedia blurb not only ends with ‘critical and commercial failure’ but ‘the biggest box office bomb in film history’. IN FILM HISTORY! Can you imagine how many terrible films it’s up against? It made a total net loss of $136 million. Geez Disney, better not make anymore films about Mars eh? 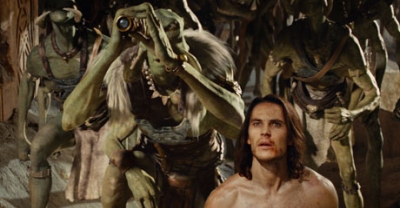 Oh you did. A year after the staggeringly poor reception of Mars Needs Moms, Disney let Andrew Stanton (of Finding Nemo and Wall-E) direct his first live-action. Set on Barsoom, a romantic vision of a dying Mars, John Carter was yet another desperate failure. I won’t try and explain the plot because it’s impossibly confusing, but a fellow called John Carter (Taylor Kitsch, from Battleship. Remember Battleship?) teleports out of 19th century Arizona onto Mars, gets involved in a war, marries a princess and stays because it was supposed to be a trilogy (plans are currently on hold). Disney reported a quarterly profit to loss swing of $160 million. I don’t really know what that means, but I’d hazard a guess at ‘stop making films about Mars’. 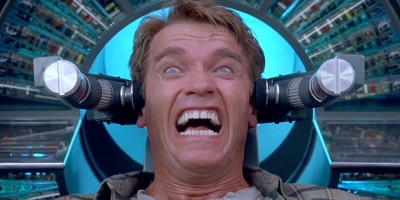 Apparently the new Total Recall remake with Colin Farrell isn’t set on Mars. What, quite frankly, is the point? The original 1990 classic is perhaps the greatest thing Arnold Schwarzenegger has ever done and it’s beyond us here at BFF why anyone would want to remake it and, more importantly, not set it on Mars. Arnie finds himself the victim of strange and troubling dreams and visits “Recall”, a company that implant you with fantastic memories. And then it all gets confusing and we don’t know if he’s a spy from Mars fighting with the Resistance, or a boring construction worker from Earth dreaming the whole thing. And there’s a hooker with three boobs. 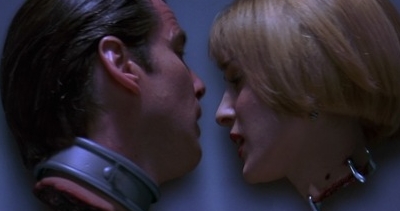 Actually, Sarah’s is attached to the body of a dog. They get beamed up to Mars to be experimented on after the disastrous first contact meeting with the Martian lords in the Nevada desert. Isn’t Mars Attacks! just the perfect film? It’s got the whole of Hollywood and everyone just dies. And the alien laugh is the reversed sound of a duck quacking. And we know you practiced walking like that alien in the blonde wig in the playground. Perfection.

Been to Mars recently? Was it shit?