World War Z, due to be released in June, reveals an Aliens/Hardboiled twist on the classic zombie genre. Brad Pitt’s not just a lone hero fighting off swarms of the undead, he’s a family man, he’s got kids to feed and prevent being fed on. There’s sirens and explosions and screaming and running and zombies and all the while Brad’s doing his marital duties and taking care of the wife and kids. Touching, yes? We think so. So we thought we’d compile a list of the top ten touching zombie moments. " /> 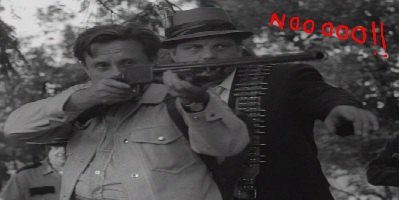 After surviving (seriously) the most nightmarish night of the poor guy’s life (that title ain’t exaggerating), and escaping death-by-living-dead on about a million occasions, Ben, the only man left standing, IS ONLY BLOODY MISTAKEN FOR A ZOMBIE AND SHOT BY THE STUPID HUMANS.

So touching. And horrifically sad. 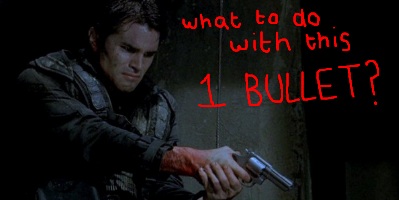 Surrounded by zombies left, right and center Kaplan finds he has one bullet left in his gun, says ‘that’s lucky’ and points it at his head. BUT HE RE-APPEARS AT THE END OF THE FILM ALIVE COS HE USED THE BULLET ON THE ZOMBIES INSTEAD OF HIMSELF. Go Kaplan. Touching because he overcame not just the zombies, BUT FEAR ITSELF. 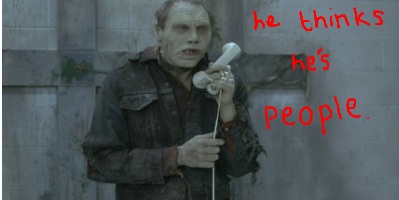 What the… Bub the zombie remembers aspects of his past life! He can shave, pick up a book and – hold the phone – HOLD A PHONE!! We have always been taught that the first rule of a zombie apocalypse is to FORGET THE ZOMBIES WERE ONCE LIKE US – just SHOOT and RUN. But Zombies like Bub confuse the hell out of us. We cannot help but be touched by his human characteristics (Not in the way that we would actually like to TOUCH Bub. But we are touched nonetheless…)

The end fight scene sees students Martin and Roy bravely unite, arm themselves with power tools and face their terrifying opponents: a horde of NAZI KILLER ZOMBIES SPRINTING TOWARDS THEM. Cue excellent montage of the two friends slicing, dicing and splattering Nazi killer zombie blood all over the white snow. This reveals teamwork, friendship and bravery can defeat anything – even the NAZI KILLER ZOMBIES SPRINTING TOWARDS THEM. Bloody touching, bloody touching indeed. 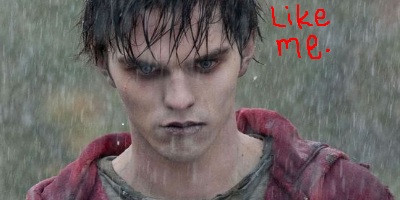 R, the protagonist of Warm Bodies, has the same problems as every teen, he just ‘wants to connect’ with others but he finds it hard because, well, he’s dead. He spends his days lost and lonely, shuffling around, occasionally bumping into people and grunting. Oh, and he’s doomed to just give up one day, peel off all of his skin and devour everything with a pulse (which he does now, but at least he feels bad about it). We’ve haven’t felt this touched by a zombie since Bub. 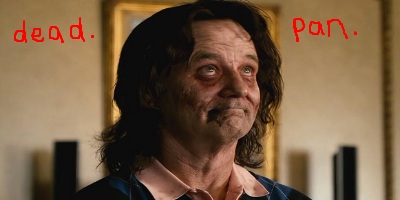 Possibly the best cameo of all time. Bill Murray gets shot in an unfortunate zombie-dress-up-prank-gone-wrong. In his dying moments Murray still manages to retain his trademark deadpan, noting blandly that he was ”never a very good practical joker”. Oh, and his only regret: ”Garfield”. But the most touching thing is the interaction between him and his biggest fan, Woody Harrelson who still insists on calling him ”Mr. Murray”, even in his dying moments. Touching – and an important lesson in the dangers of zombie pranks during the serious business of a zombie apocalypse. 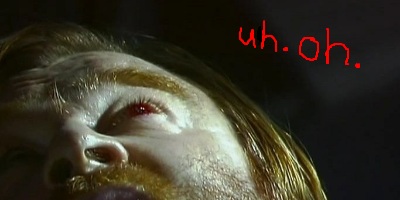 When a drop of blood from an infected corpse falls in Frank’s eye, he knows his number is up and it will only take 20 seconds before the Rage virus makes him REALLY, REALLY ANGRY. He responds by calmly telling his daughter he “loves her very much”, then, not so calmly, repeatedly screams “STAY AWAY FROM ME! STAY AWAY FROM MEEEE!!” Touching. In a deeply, deeply disturbing way. 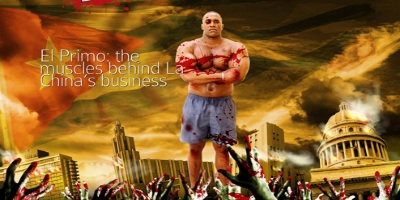 Muscly tough guy El Primo and his oldest friend, transvestite La China, make an excellent best friend zombie killing team. Despite his considerable size and manly exterior, EL Primo faints every time he sees blood – which, as we well know, just wont do in the event of a zombie apocalypse. So La China blindfolds and becomes his eyes – verbally directing his kicks and punches with remarkable efficiency. Absurdly touching. 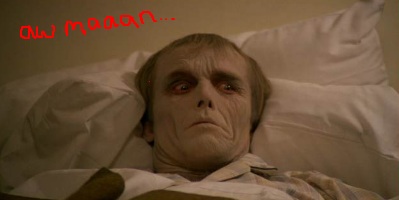 The relationship between best buddies Roger and Peter is touching throughout: when Roger gets bitten on the leg and spends the next half hour being wheeled around the mall in a wheelbarrow; when he persuades Peter to “take care” of him when he reanimates; when he says he’s going to “try not to come back” but (obviously) does anyway and Peter has to SHOOT HIS BUDDY IN THE HEAD. So. Touching. 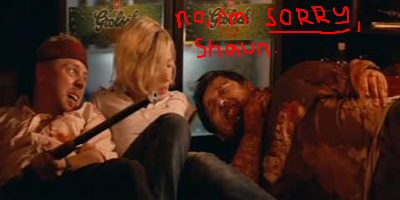 Shaun, his best friend Ed and his girlfriend Liz have just discovered an escape route from the pub cellar they are hiding in. This is the ultimate ”I’m sorry” moment. Ed, who’s bleeding heavily from a nasty zombie bite on the neck, tells Shaun to leave him to get eaten by the swarm of hungry zombies above, as he’ll only ”hold him back”. Then he sincerely apologises to his best bud. For farting. Touching indeed.

Which is your favourite brain-munching/tearjerker moment? Let us know below!

Previous: RED 2, Now You See Me and The Butler: new release dates
Next: Parker